Georgia Beginning To Reopen Its Economy, Lifting Some Coronavirus-Crisis Limits 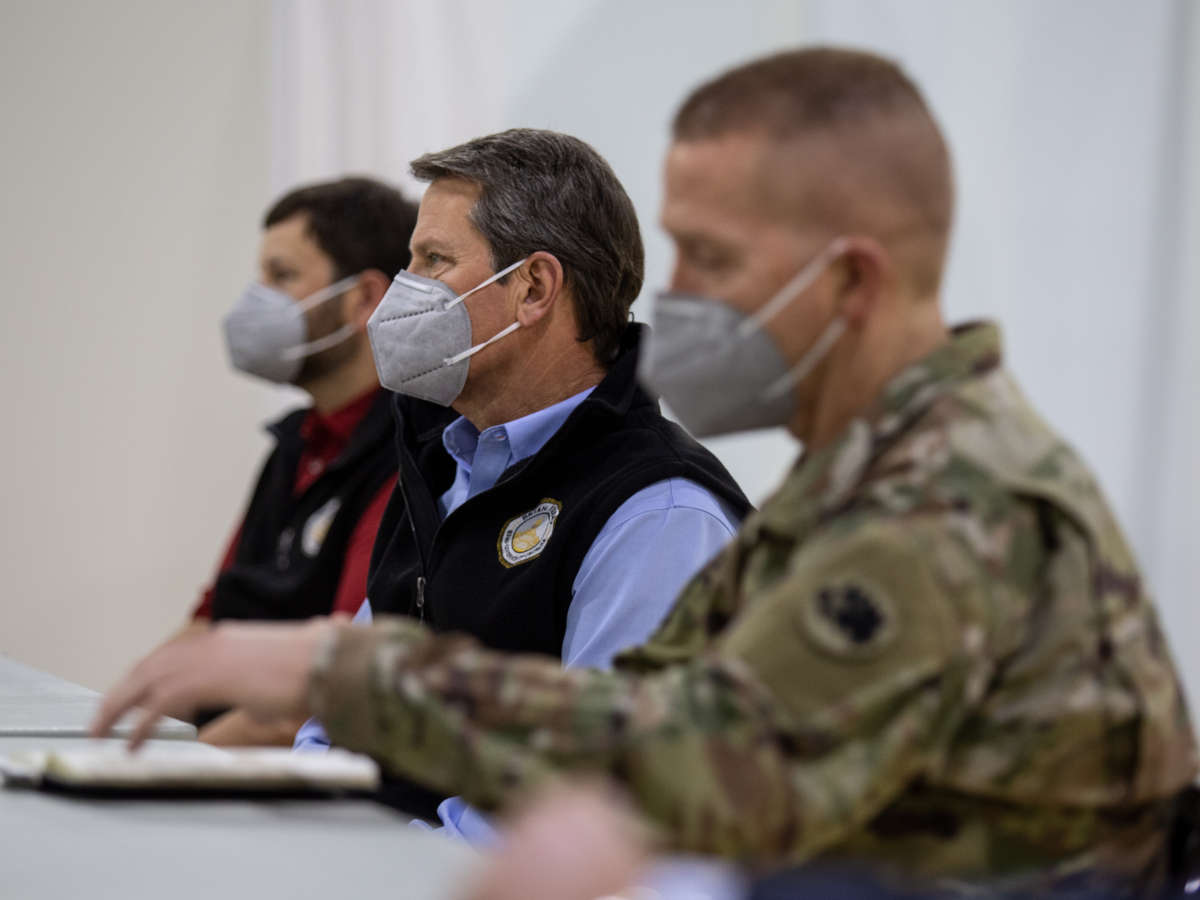 Kemp said “favorable data, enhanced testing and approval of our health care professionals” motivated him to reopen some businesses in the next week. Georgia is on track to meet Phase 1 criteria as recommended by the White House’s coronavirus task force, according to the governor. Kemp cited Department of Public Health reports that emergency room visits of people with flu-like symptoms are declining and that documented COVID-19 cases have flattened.

Employees at “gyms, fitness centers, bowling alleys, body art studios,” as well as “barbers, cosmetologists, hair designers, nail care artists, estheticians, their respective schools & massage therapists,” will be allowed to return to work on Friday but will have to operate under restrictions.

The mandatory conditions at the workplaces include social distancing, enhanced cleanings, screening workers for fevers and respiratory illness, wearing gloves and a mask if appropriate, moving workplaces 6 feet apart, staggering work shifts and, if possible, teleworking.

These particular businesses, Kemp said, have not been able to “undertake baseline operations” like inventory and payroll, unlike others.

On Monday, April 27, sit-down restaurants, theaters and private social clubs will be allowed to reopen, “subject to specific social distancing & sanitation mandates,” according to the governor. More details on those mandates will be released in the coming days.

Kemp said in a tweet that bars, nightclubs, amusement parks and performance venues will continue to stay closed under shelter-in-place orders.

According to Georgia Department of Public Health data, 60 more people died from the virus over the last weekend. For most Georgia residents, the state’s shelter-in-place orders are set to expire on April 30.

In addition to Georgia’s orders, the governors of Tennessee and Pennsylvania Monday announced a loosening of state restrictions as well.

Tennessee’s stay at home will expire on April 30, Gov. Bill Lee announced. His state will begin a “phased reopening” next week, after citing the state’s 17 consecutive days of “only single-digit increases in the number of cases.”

“The vast majority of businesses in 89 of Tennessee’s 95 counties will be allowed to re-open May 1, with some slated to reopen April 27,” the state announced.

Pennsylvania Gov. Tom Wolf, a Democrat, signed an executive order, extending the stay at home order in his state by more than a week. The previous order was set to expire on April 30.

But beginning at 12:01 a.m. on May 8 some portions of the economy will be allowed to resume, most notably construction projects across the state. His order will also allow for the online sale of vehicles and allow residents to pick up wine and spirit purchases curbside at certain state liquor control board locations.