Gallup Poll: Dissatisfaction With U.S. Abortion Laws On The Rise 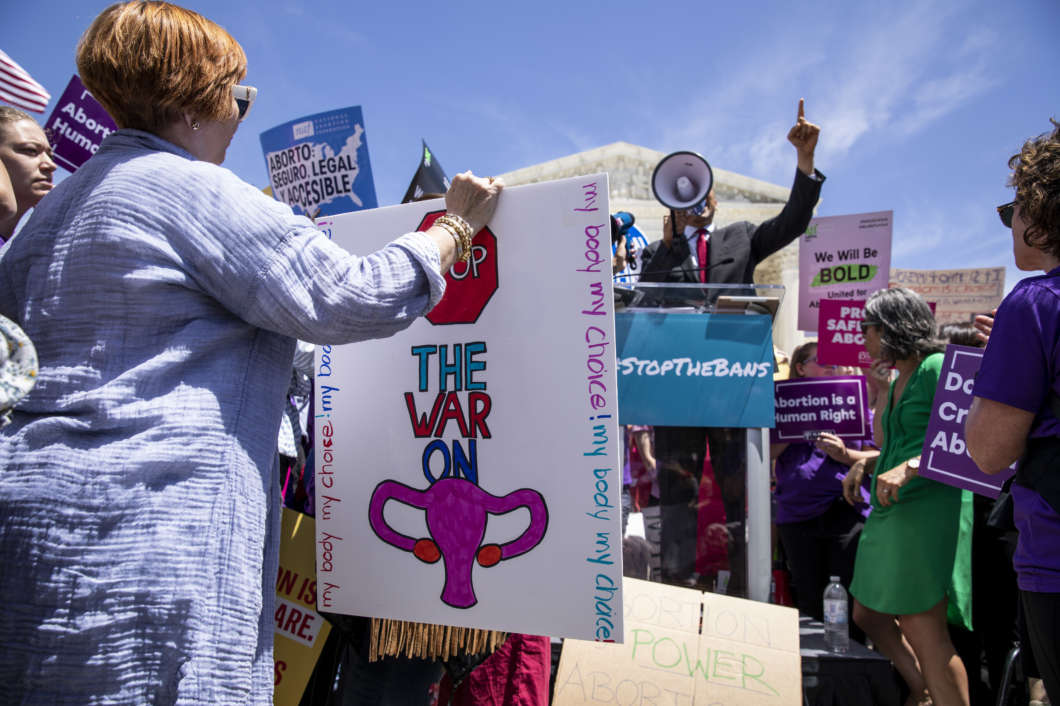 A pro-choice activist holds a sign as Sen. Cory Booker, a Democrat from New Jersey, speaks during a rally in front of the U.S. Supreme Court in May. A recent Gallup poll found that more Americans want less strict abortion laws.
Image credit: Bloomberg

A new Gallup poll finds a record number of Americans are unhappy with the nation’s abortion laws — a shift mostly caused by growing dissatisfaction among Democrats.

“This is almost entirely driven my Democrats and Independents who lean Democratic,” said Lydia Saad, Gallup’s director of U.S Social Research. “So that underlying trend is very clear, and it’s showing up in the attitudes among all Americans.”

The poll finds 58% of Americans are dissatisfied with U.S. abortion laws while 32% are satisfied — a new low since Gallup began tracking this data in 2001.

Saad said the shifting attitudes among Democrats could be driven by President Trump’s rhetoric and policies in opposition to abortion rights. She said it could also be attributable to a trend in many conservative-leaning states toward passing new abortion restrictions, some early in the first trimester, “so that there is just perhaps much more awareness among Democrats under this presidency than there was in the past of what’s happening at the state level,” she said.

The poll found that a nearly equal number of Americans say they want stricter laws (24%), as compared to those who want less strict abortion laws (22%).

Saad said attitudes among Republican-leaning voters — who tend to believe abortion laws should be stricter — have remained relatively stable. Meanwhile, Democratic-leaning survey respondents have expressed a rapidly intensifying displeasure with the nation’s abortion policies, which they see as too strict.

“The one really unique thing that we’re seeing is that Democrats are now saying, ‘Hey, wait a minute,’ basically. Which they haven’t said for awhile,” Saad said.

It’s not clear how that shift in opinion could affect voting. Saad said Gallup’s latest survey looking specifically at how issues shape voting did not find any noticeable uptick among Democrats listing abortion as a major motivating concern.

“It’s possible Democrats right now are thinking in terms of the primaries, and so it’s not a big factor…but when they turn to thinking about the general election, they will be factoring in the abortion issue more than they might have been in the last election,” Saad said.

Gallup conducted the poll of 1,014 U.S. adults ages 18 and older during the first half of January. The margin of error was +/- 4 percentage points.