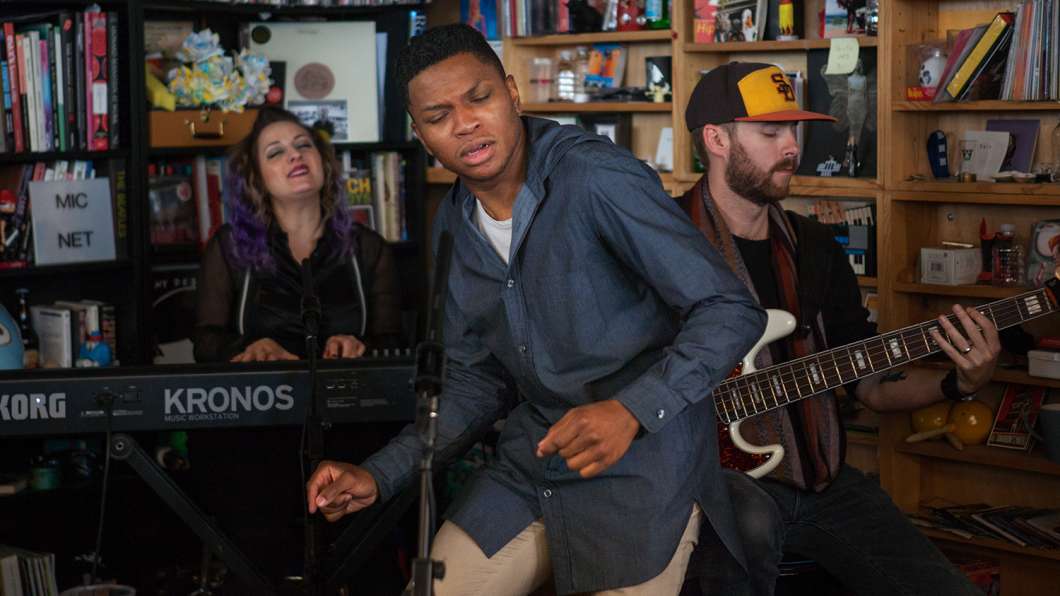 When Christopher Gallant was featured in Forbes‘ 30 Under 30 list, the testimonial came from none other than Elton John, who said, “When I hear his voice, I just lose it.” The two even performed Gallant’s song “Weight In Gold” together back in September.

Gallant performed a stripped-down version of that hit when he came to the Tiny Desk earlier this month, and preceded it with another of his best-known songs, “Skipping Stones.” Written with Jhené Aiko, that tune radiates sultry intensity and passion; here, the talented Dani Ivory (who’s performed as a touring member of Imagine Dragons) sits in for Aiko.

Ology, Gallant’s 2016 debut, is up for a Grammy next month — for Best Urban Contemporary Album — and another of its falsetto-driven highlights opens this three-song set. On the record, “Bourbon” is produced with a funky, old-school, Prince-like drum track, but here, a steady drum beat grounds the hypnotic song just as well, if not better. Best of all, “Bourbon” gets a welcome bonus at the Tiny Desk: a guest rap by Saba, a charismatic rising star and frequent Chance The Rapper collaborator.

For more Tiny Desk concerts, subscribe to our podcast.