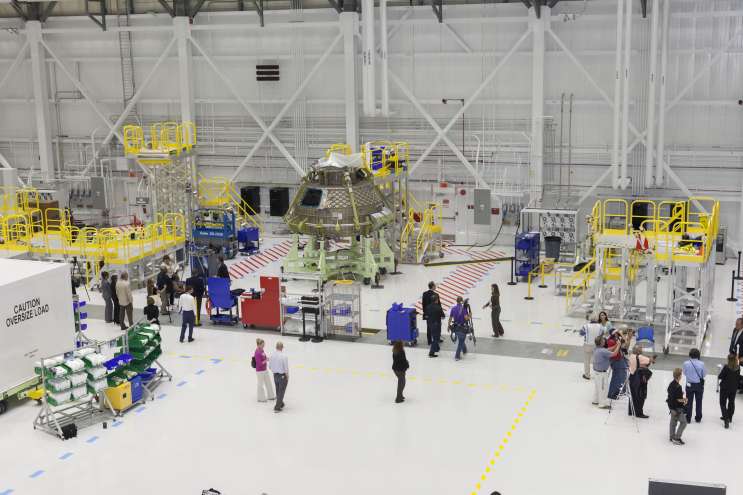 Private aerospace company Boeing discovered an anomaly during a test of its commercial crew hardware last month which could delay efforts to send NASA astronauts to the International Space Station.

NASA is paying private companies Boeing and SpaceX to develop crew capsules and eventually ferry astronauts to the station instead of relying on rides from the Russian space agency.

During a test of Boeing’s abort motors at the White Sands Test Facility in New Mexico last month, engineers discovered a fuel leak. The capsule’s abort system is responsible for pulling the crew to safety if anything goes wrong during the launch.

The leak was discovered during a hot-fire test of the four engines of the abort system. “The engines successfully ignited and ran for the full duration. During engine shutdown an anomaly occurred that resulted in a propellant leak,” Boeing said in a statement.

Testing the system is a critical milestone to getting NASA certification.

Boeing said it is confident it found the cause and is moving forward. “Flight safety and risk mitigation are why we conduct such rigorous testing, and anomalies are a natural part of any test program.” The company did not announce any scheduling changes. Both of the company’s two capsules are in good health.

The program has been peppered with delays over the years, and a recent report warns there could be additional delays due to NASA’s certification process. Uncrewed test flights are currently scheduled for the end of this year. The NASA contracts are valued at over $6 billion.

Editor’s Note: This story has been edited to reflect that Vice President Pence’s visit next week has been cancelled.