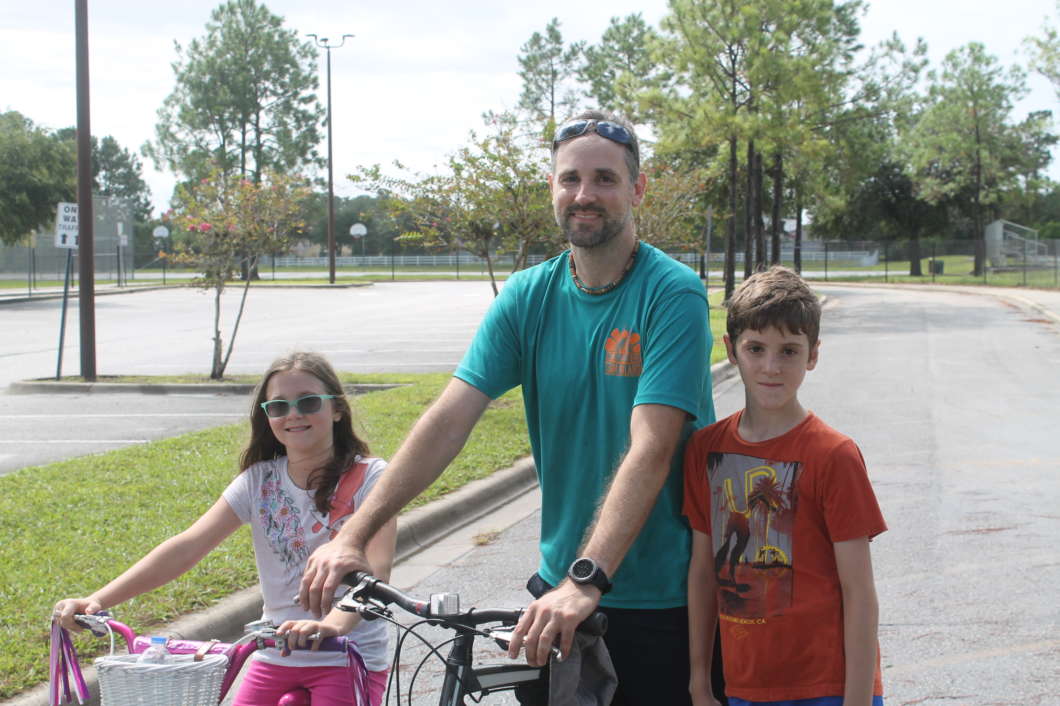 It’s been about a week since the hurricane began menacing the state.

Karl Wielecki managed to get out and bike between rain spells with his two kids. He says he’s ready for life to get back to normal.

“I myself am getting kind of impatient. This is really the first time I’ve gotten out of the house in three days and I’m waiting to go back to work tomorrow–actually, not tomorrow because work’s closed tomorrow as well, so the day after that.”

The family was near Discovery Middle School, a shelter on the east side of Orlando for some 36 people.

The shelters are an indispensable resource for the homeless, who are among the most vulnerable as Hurricane Dorian nears.

Daniel Stone was sheltering at the middle school. He says he is waiting to see what the hurricane will do to his tent in the middle of the woods.

“I’m thankful that it’s gone out to sea and we’re only going to get the tropical storm, but still I gotta worry about my tent getting destroyed and stuff blowing around.”

He had brought some clothes and food — all he could carry — and tried his best to secure his tent and other belongings he left behind.