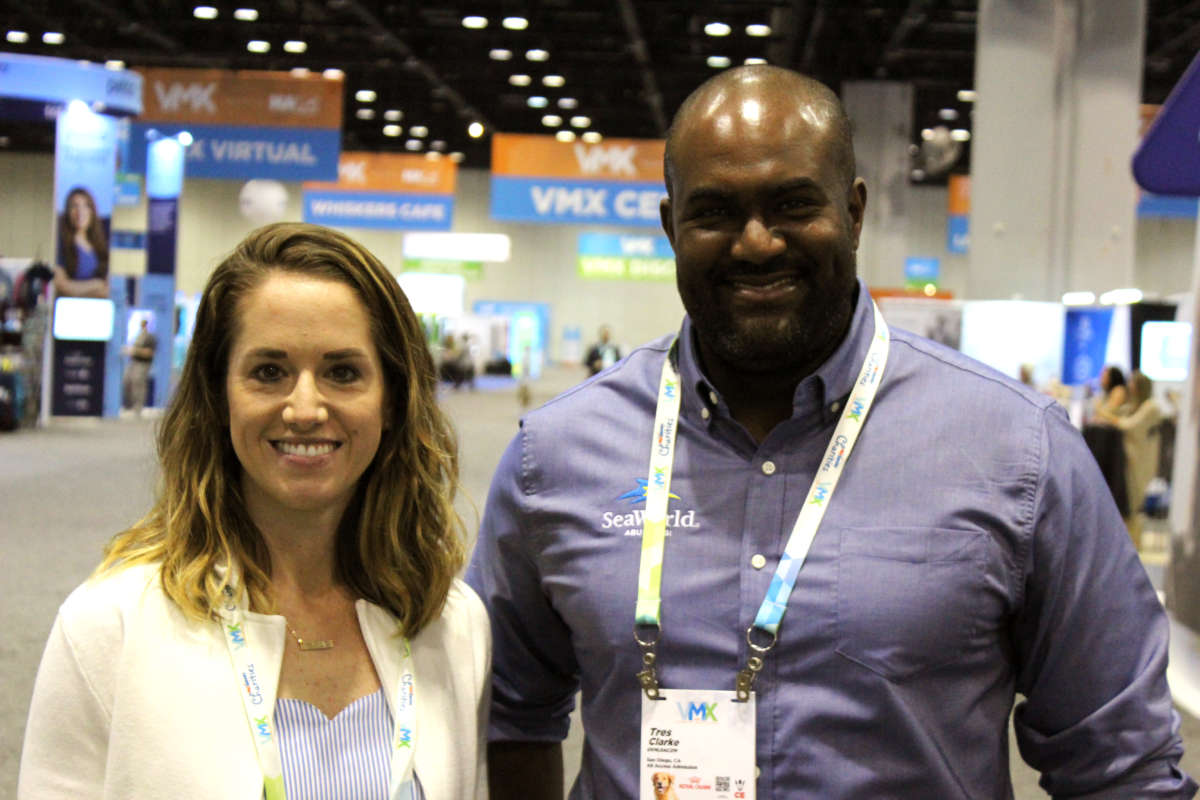 The VMX Convention is where veterinarians from across the globe come together and share their research. The convention was postponed in January 2021 because of the pandemic, returning to the Orange County Convention Center in June. Intersection host Matthew Peddie caught up with Dr.  Jen Flower and Dr. Tres Clarke for a conversation about the challenges of treating marine animals, and looking out for the next human – or animal- pandemic.

Flower, the chief clinical veterinarian at Mystic Aquarium in Connecticut, spoke at the convention about a case she handled with a fur seal that needed brain surgery. She says the operation has never been done before in marine mammals, but it was the only way to save the animal’s life.

“It’s just an example of how we have to be really creative on the day to day and think on our feet. And you literally never know what’s gonna walk in the door when you’re doing zoo and aquatic animals.”

Clarke is the director of Animal Health and Welfare at SeaWorld Abu Dhabi. He talked about the case of a penguin with a hernia. He says that like humans, animals are athletes and can naturally get sports injuries.

“We took him to emergency surgery and we were able to put Humpty Dumpty back together again and he’s doing great right now, and he’s hopping around just like nothing happened,” Clarke says.

Flower and Clarke entered the marine veterinary world in similar ways with their childhood pets. For Flower, it was going to SeaWorld, seeing the animals, and listening to the people who worked there that inspired her love of animals at a young age.

“I was like ‘that’s what I want to do with my life. I want to also help these animals.’”

Clarke found that he wanted to work with marine animals after shadowing his father, a human physician, and with the help of his mom, realized he could combine his passions to be an animal doctor.

Veterinarians like Flower and Clarke work in different areas, and they say conventions like VMX give everyone a chance to learn new things and find creative solutions to veterinary problems.

Flower says the pandemic has sparked a renewed interest in veterinary science and medicine.

“It’s out in broad daylight for everyone to see, infectious disease, spread of infectious disease, zoonotic disease which is the spread of diseases from animals to humans, so I do think that it has inspired students to get involved, whatever way that is maybe it’s getting into human medicine but hopefully it’s getting into veterinary medicine as well so that they can contribute and help to expand on the knowledge that we all have.”

“We all know each other, it’s a big conglomeration and we’re all focused on the same goal right, and that’s to help and advance animal medicine and to help animals in need,” Clarke says.