From the Pages of Orlando Weekly: This week, Governor DeSantis announced the formation of Florida’s Complete Count Committee 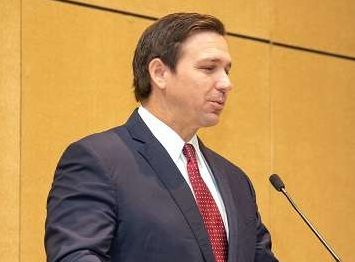 In June of last year, a reporter asked Governor Ron DeSantis about a request from Democratic lawmakers “to form a census committee to ensure that Floridians aren’t miscounted.” Census numbers determine federal funding for things like Medicaid, Pell grants and school lunch assistance.

DeSantis said: “The federal government does that, we don’t have a role in it … if they have concerns, they should talk to the Commerce Department in Washington.”

What a difference six months can make!

This week, the governor announced the formation of Florida’s Complete Count Committee, which will coordinate with the U.S. Census Bureau on the constitutionally required tally of the nation’s population.

Dems were concerned that Florida was at risk of an undercount and therefore a lower share of federal dollars, because certain groups, like renters and people of color are more difficult to reach.

Apparently the prospect of two new campaigns to run in our sadly gerrymandered state was enough to get our Republican-controlled state government on board.