From the Pages of Orlando Weekly: The Federal For the People Act would be a much-needed check on anti-democracy voting laws 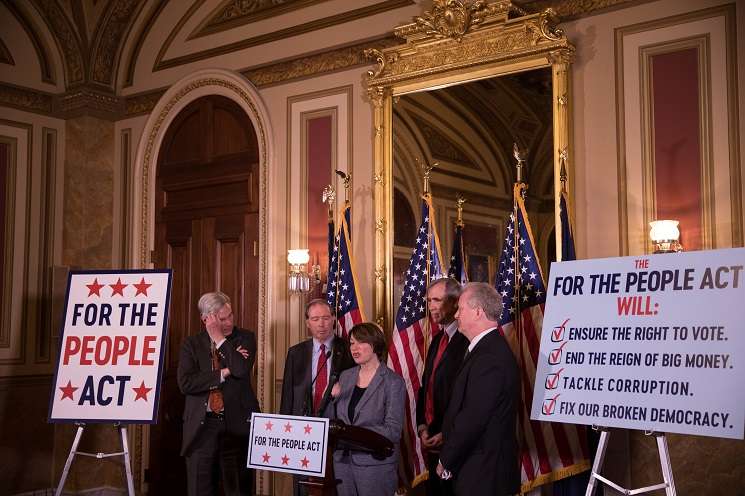 Image: Senator Amy Klobuchar speaks on the Act from inside the Capitol Building, wikipedia.org

Florida is among several states in the nation whose Republican lawmakers are attempting to retake power by any means possible.

The 1965 Voting Rights Act outlawed barriers to voting that were enacted against African Americans. Section 4 required certain areas of the country, which Congress determined had shown “prevalent racial discrimination,” to get approval from the Justice Department before changing voting laws. Fifty-eight years later, a 5-4 Supreme Court struck down that provision and opened the floodgates to a new age of voter discrimination.

Across the country, GOP legislators are proposing and passing laws that add pointless but burdensome requirements for mail-in voting, limit the use of ballot dropboxes, and even make it a crime to give water to voters waiting in line — lines that will be much longer if the mail-in restrictions pass.

The federal For the People Act would be a much-needed check on anti-democracy voting laws. But passing it will require Democrats to stop trying to compromise with a party that refuses to cooperate.

Voting rights shouldn’t be a partisan issue. Anyone whose strategy for winning an election is to stop people from voting has already lost, in a moral sense. Unfortunately, for some politicians, the end justifies the means, no matter how ugly.