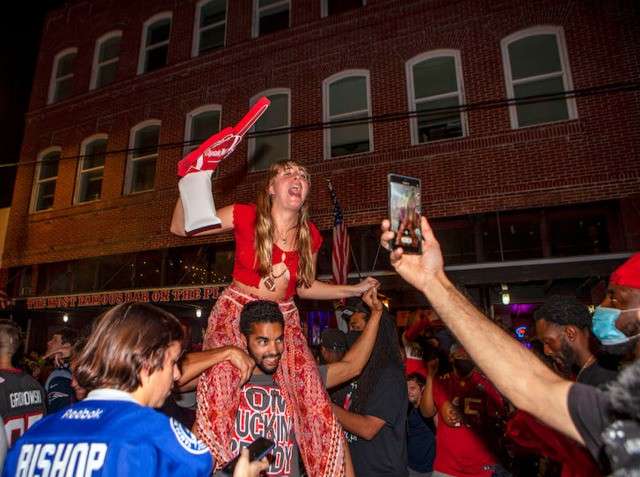 Cognitive dissonance reigns supreme in the United States once again.

George W. Bush declaring “mission accomplished” in 2003 arguably launched our modern age of political inconsistency. Presidents have long said one thing and done the opposite, but that speech ushered in an era of brazen divergence from reality that was brought to high art by our 45th fully unclothed emperor.

So Americans of this generation are used to hearing our leaders make statements contradicted by the evidence of our own senses, but Central Florida — Tampa, to be specific — is the locus of the biggest whopper of this young year.

Last weekend’s Super Bowl brought tens of thousands of fans together in the middle of a deadly airborne pandemic. Everyone saw photos and videos of mostly maskless crowds partying all weekend. Yet on Monday, Tampa Mayor Jane Castor said she was “happy with the compliance.” In fact, her plans for a celebratory parade are still on.

This pandemic will drag out as long as people continue to deny the harm they’re doing themselves and others. It might be the starkest example of how deadly constant gaslighting is. We can only hope that Americans can learn to trust facts before another 500,000 die.