From the pages of Orlando Weekly: Orlando eco-activist Rob Greenfield grows and forages his food for one year 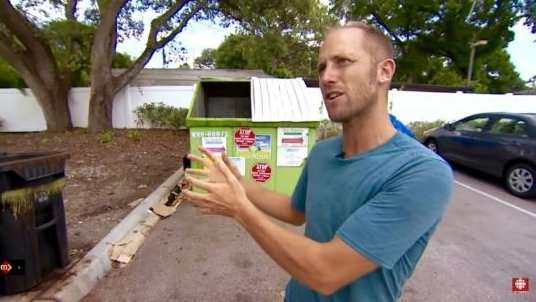 Rob Greenfield is extremely committed to his principles.

The Orlando eco-activist made a vow in 2018 to live for a year only on what he can grow or forage. That means produce and herbs from gardens he himself has planted; and fruit, vegetables, mushrooms and fish he finds or catches on public land. He’s even boiling down salt from seawater.

He’s a third of the way into his experiment, and he’s hungry a lot of the time. But he’s trying to make a point.

Greenfield says, “When you look at global norms, my life isn’t extreme at all. The mainstream American lifestyle is what’s extreme.”

In 2012, America’s largest factory farms produced 13 times more waste than does the entire human population, according to the nonprofit group Food and Water Watch. A United Nations report found that consumers in wealthy countries throw away almost as much food per year (222 million tons) as the entire population of sub-Saharan Africa consumes (230 million tons).

At its core, the project is a protest of the global food system. Greenfield wants to bring attention to food waste and the dangers of blind consumerism. But he’s aware of how ludicrous his lifestyle sounds, and he doesn’t expect everyone to follow his lead.

“My goal is to inspire moderation,” he says. And to get our attention, he has to go to extremes.