From the Pages Of Orlando Weekly: Orange County Commission Votes To Ban Retail Sale Of Puppies, Kittens and Rabbits 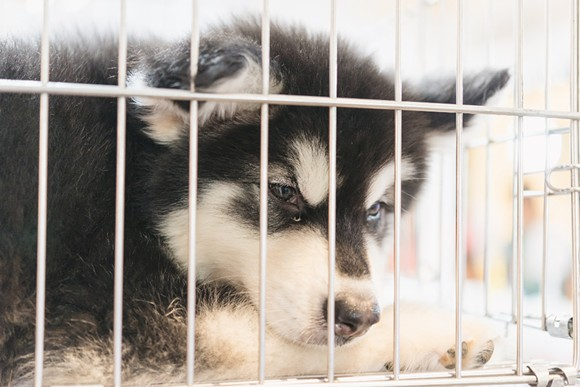 After a heated meeting in which more than 50 people offered public comment, the Orange County Commission voted Tuesday night to ban pet stores from selling puppies, kittens and rabbits.

Speakers in the room were evenly split for and against the ban. Those in favor of the ban said they believe the practice of retailing puppies encourages the proliferation of breeding mills. Others identifying as former employees and customers of a local pet store shared horror stories about dogs sick with deadly infections and a “freezer full of dead puppies” in the back.

Local representatives of shelters and rescues also spoke, stressing the current glut of shelter animals in the area. There are currently more than 2,000 animals available for adoption in Central Florida, according to a person from Happy Trails Animal Rescue.

But one local pet store owner said his stores “never” associate with disreputable breeders and claimed that banning retail sales would lead to “backyard breeders by the thousands.”

Eventually, the ordinance passed by a single vote. It gives Orange County pet stores one year to phase out the sale of puppies, kittens and rabbits, after which they will be penalized for selling animals. More at orlandoweekly.com.