From the Pages of Orlando Weekly: Moratorium on Florida evictions and foreclosures extended for the fifth time 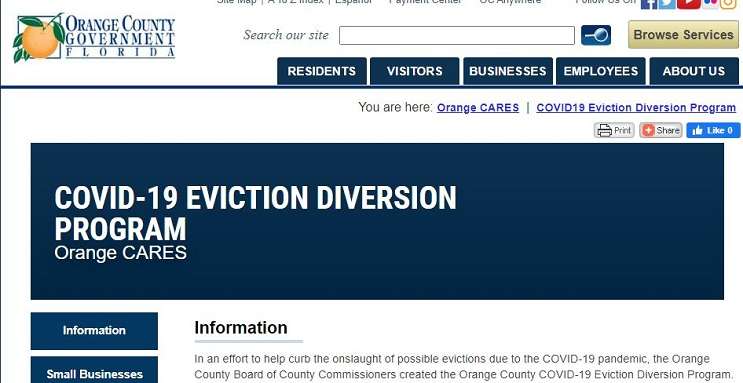 Gov. Ron DeSantis extended the state’s moratorium on evictions and foreclosures for the fifth time on Monday. He announced the extension of his executive order for one more month – that is, until Oct. 1 – at the absolute last moment, mere hours before the moratorium was set to expire.

The thing is, despite the extension of DeSantis’ executive order preventing immediate evictions, the wording of that order was changed on August 1st, narrowing tenant protections and effectively green-lighting landlords to begin filing eviction cases in Orange County courts. Hundreds have since been filed.

This week, Mayor Buddy Dyer proposed a plan to use $1.5 million in CARES Act funds to assist renters with rent payments they weren’t able to make between March 1st and October 31st of this year. An estimated 300 households should be helped by the funding available in this program.

And Orange County government launched an Eviction Diversion Program in August, with $20 million in CARES Act funds going towards economic relief for renters and landlords.

These local programs address real need instead of just kicking the can down the road. Until we see similar compassionate leadership from the state, it will have to do.