From the Pages of Orlando Weekly: Local Black Lives Matter Protest Organizers Are Just Getting Started 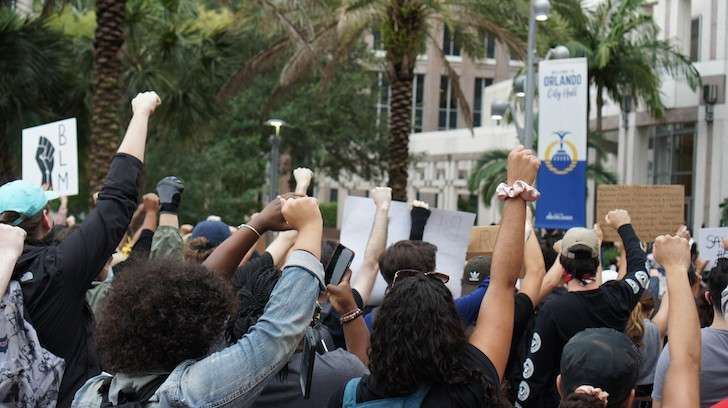 If you thought the Black Lives Matter protests in Orlando were simply going to cool off after a few days, you couldn’t be more wrong. The young and passionate local organizers are just getting started.

Every day last week in downtown Orlando – and in Kissimmee, and Sanford, and Winter Park – hundreds or thousands of people assembled to express outrage over the epidemic of violence that is disproportionately directed at Black bodies. These actions were organized not by a political party but by young adults, many of whom were preteens when Trayvon Martin was murdered.

Torrential rain couldn’t stop them – not even Sunday’s tornado could stop them.

This week will bring more protests. Some will dismiss the efficacy of making signs and marching.

But last week Washington, D.C., painted the biggest sign in the country on 16th street outside the White House – the message that “Black Lives Matter” will now be visible in any aerial view of the President’s neighborhood.

Saying that Black lives matter seems an awfully modest assertion, and yet some Americans still fiercely reject it. This people-powered movement has brought us to a turning point where we must unite in this simple belief, or fracture forever.