From the Pages of Orlando Weekly: Lessons from “How Democracies Die” by Steven Levitsky and Daniel Ziblatt 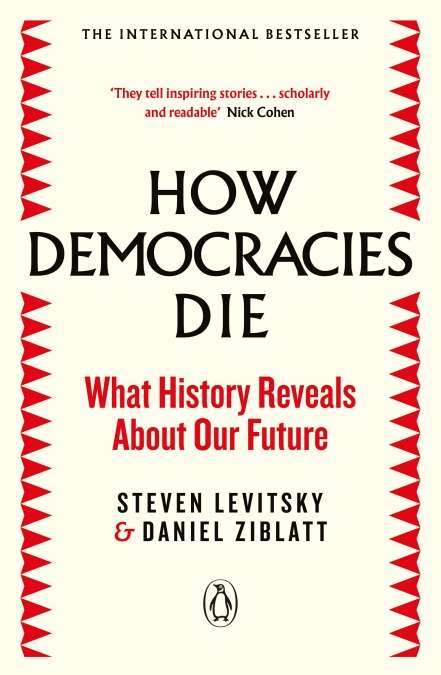 I’m not sure if it’s a bad time, or the perfect time, to be reading a book called “How Democracies Die.”

This 2018 book by Steven Levitsky and Daniel Ziblatt presents case studies of how democratic governments throughout history have fallen into authoritarian regimes, as a warning that the American experiment is more fragile than we think.

There’s nothing magical about the United States Constitution. Other countries have copied it, sometimes word for word, and collapsed. In its early days, the U.S. almost did, too. What held us together was a set of informal norms, an unspoken agreement that the parties would share power and the branches of government wouldn’t exploit the Constitution’s ambiguities to their own ends.

For a long time that worked, mostly. Parties squabbled over policy, but saw the necessity of working together to protect the populace. Then came the Civil Rights Act, the Voting Rights Act, Roe v. Wade and politics became radicalized by the culture wars. “The mounting assault on norms of mutual tolerance and forbearance,” as Levitsky and Ziblatt put it, “eroded” the unspoken agreement to work together that had “protected us from the kind of partisan fight to the death that has destroyed democracies in other parts of the world.”

In the past 900 days, we’ve seen norms not bent but exploded on a daily basis. Let’s hope this erosion can be repaired.