From the Pages of Orlando Weekly: Florida to receive millions to battle feral hogs 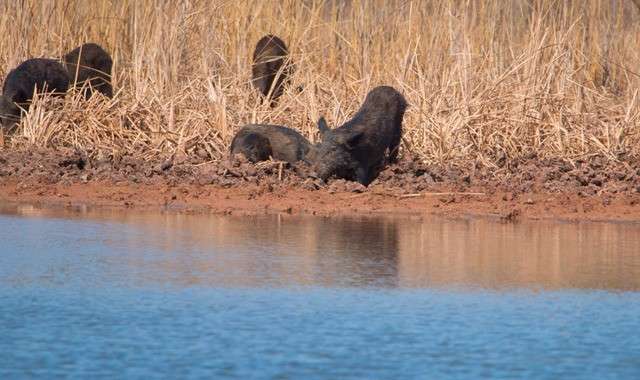 Are you a Florida property owner dealing with, say, 30 to 50 feral hogs that run into your yard within three to five minutes while your small kids play?

If so, the federal government wants to help.

Last month, the USDA announced the Feral Swine Eradication and Control Pilot Program, which will devote almost $34 million to finding solutions for Lord of the Flies-style pig problems.

Funded by the 2018 Farm Bill, the new program aims to eliminate feral hog populations with the help of the private sector and local governments.

According to the USDA, the roughly 7 million invasive feral hogs in 35 states cause an estimated $2 billion in agricultural damage every year by rooting and wallowing in cultivated fields.

It just so happens that Florida is among the states with the highest population densities and associated damages in the country, according to the USDA’s Animal and Plant Health Inspection Service.

APHIS administrator Kevin Shea called feral swine “one of the most destructive and formidable invasive species in the United States.” The department will accept proposals for hog removal, land restoration and population control through August 19.

If you have a better idea for controlling feral hogs than picking up an assault rifle or a pointy stick, tell the feds at grants.gov.