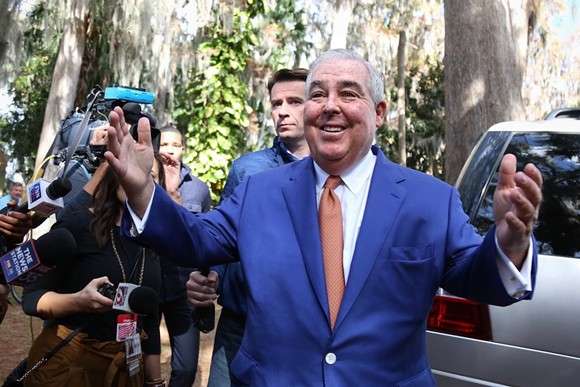 He was speaking to a group of business leaders about his Florida for a Fair Wage initiative, which aims to increase the state’s minimum wage to $15 an hour.

After, I assume, fuming all weekend, on Monday morning the Florida Restaurant and Lodging Association issued a stormy condemnation. President Carol Dover said she was “deeply offended” adding, quote: “By referring to minimum wage as ‘slave labor,’ Mr. Morgan showed us all just how tone-deaf he is and how utterly oblivious he is to a very real problem in our state.”

That “very real problem” Dover was referring to isn’t the fact that many Florida workers have two or three jobs and still need government subsidies to live. Nor was she horrified by the fact that America was built by slave labor, and that stolen work is still the basis of most generational wealth in this country.

No, Dover was scandalized that Morgan would “compare” minimum-wage workers to victims of human trafficking. “Drawing comparisons between their plight and those who work for minimum wage,” she said, “is disgusting, cold-hearted and insulting to both groups.”

What’s disgusting is this pathetic straw-man argument. What’s cold-hearted is this disingenuous statement coming from a group whose profits depend on underpaid labor… and what’s insulting is these words coming from a woman who makes more than half a million dollars a year.