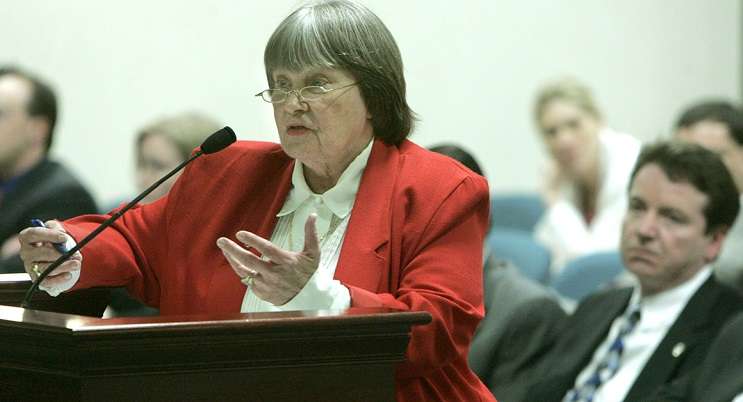 Under Florida law, lobbyists are required to file compensation reports quarterly. But according to documents found by a watchdog website called the Florida Bulldog,  Hammer has been paid nearly a million dollars by the NRA in the past five years, but Hammer has not filed a compensation report since at least 2007.

Hammer is a former NRA president who’s influenced many of the state’s gun laws, including Stand Your Ground. During the tenure of former Agriculture Commissioner Adam Putnam, who called himself a “proud NRA sellout,” a state employee claimed that when she questioned handling of gun permit applications, she was told she “worked for the NRA.”

Eskamani says she suspects the lack of oversight of Hammer’s activities is grounded in fear of retribution, adding, “I can’t think of a moment where we’ve held Marion Hammer accountable.” When one of the largest special interest groups in the nation operates completely unchecked in Florida’s legislative process, that’s unacceptable.