From the Pages of Orlando Weekly: DeSantis allies caught off-guard by his veto of juvenile offender law with unanimous bipartisan support 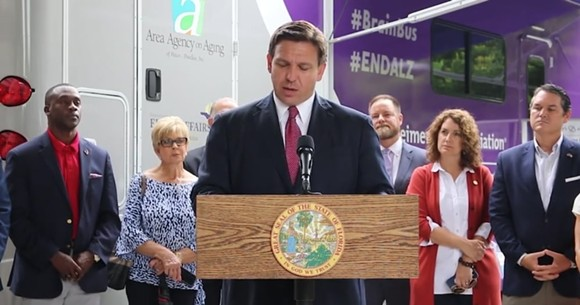 Florida lawmakers and youth advocates were “dumbfounded” last week when Governor Ron DeSantis vetoed a bill that would have given some juvenile offenders a chance of a clean start.

The bill would have allowed those under 18 to have nonjudicial arrest records expunged for any offenses, not just first-time misdemeanors, if they completed diversion programs. It received not a single “no” vote in committee hearings or on the House and Senate floors.

DeSantis wrote in his veto letter, “I have concerns that the unfettered ability to expunge serious felonies, including sexual battery, from a juvenile’s record may have negative impacts on public safety.”

In fact, the bill makes no offer of diversion for serious sexual assaults, and does not expand the types of offenses currently eligible for expungement.

Felonies on a teen’s record can hinder applications to college or the military. Later in life, a criminal record can make it extremely difficult to find a job or rent a home.

State Senator Gary Farmer says the governor’s understanding of the measure seems inaccurate, at best. Farmer has called on his colleagues to immediately consider a veto override vote when the Legislature reconvenes in 2022. More at orlandoweekly.com.