From the Pages of Orlando Weekly: Department of Homeland Security uses Federal forces to detain and interrogate protesters 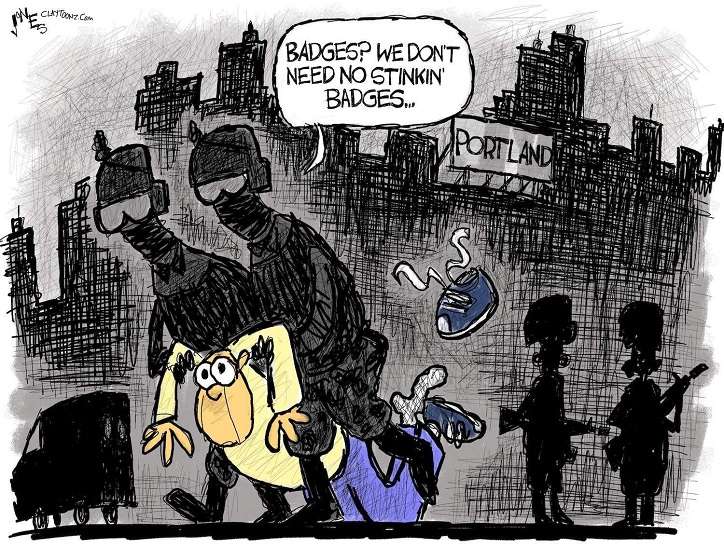 Last week – as part of President Trump’s new initiative to use federal troops to protect Confederate monuments from protesters – agents in green battle fatigues swarmed Portland, the site of mostly peaceful BLM demonstrations over the last two months. The officers wore no identifying badges or insignia. They grabbed protesters off the street and threw them into unmarked vans, detaining them for hours with no explanation.

This is only the beginning, said Department of Homeland Security deputy secretary Ken Cuccinelli: “This is a posture we intend to continue, not just in Portland, but in any of the facilities that we’re responsible for around the country.”

Imagine how you’d think about this if it were happening in another country: Secret police in unmarked vehicles sent to kidnap, detain and interrogate demonstrators it has unilaterally deemed “violent extremists” and “anarchists.” Without warrants, in violation of civil liberties and over the objections of local officials.

Does this sound like the “posture” of a healthy democracy, or an authoritarian regime? Or is it a president desperate to paint his opponents as agents of chaos hellbent on upending traditional American culture, and himself as the only thing standing between heritage and transformation?