From The Big Top Into The Big World: A Ringling Ringmaster’s Final Bow 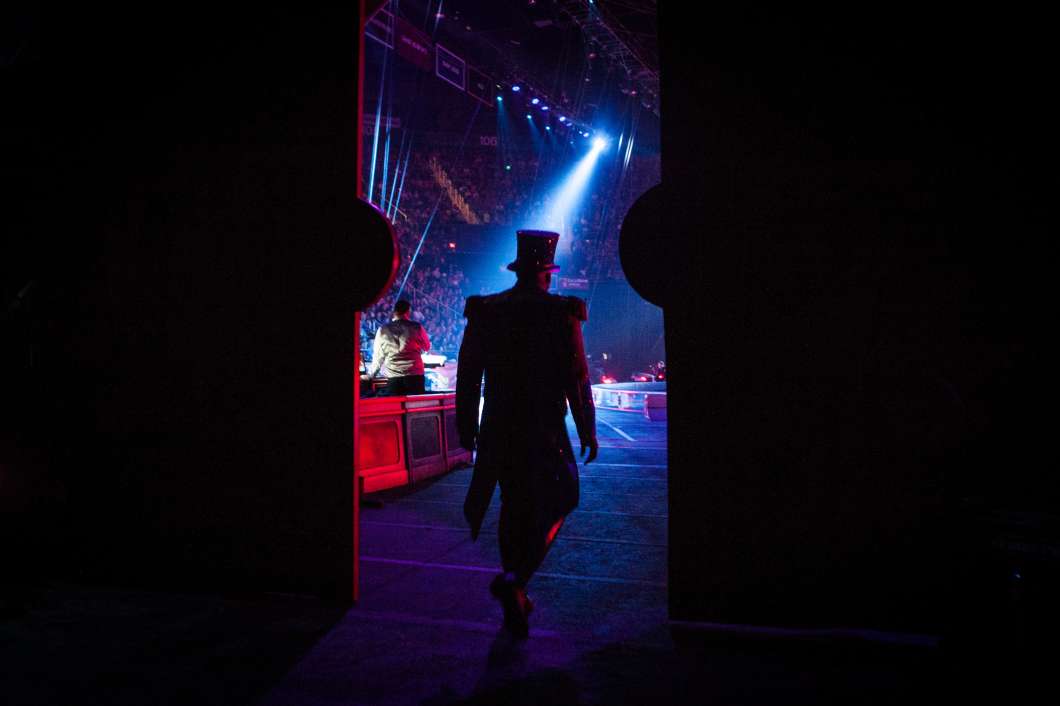 Ringmaster Johnathan Lee Iverson enters the ring in Fairfax, Va., at one of the final performances of the Ringling Bros. and Barnum & Bailey Circus.
Image credit: Marian Carrasquero

The Ringling Bros. and Barnum & Bailey Circus has been entertaining audiences for a long time. Its history goes back 146 years — to about the time when professional baseball emerged and before Coca-Cola was invented.

But this substantial chapter in American history comes to a close on Sunday. After years of declining ticket sales and seemingly endless conflicts with animal rights groups, Ringling Bros. will stage its final show in Uniondale, N.Y.

Ringmaster Johnathan Lee Iverson is one of hundreds of Ringling performers and crew members with extraordinary talents who will be out of a job come Monday. Recruited fresh out of college, where he’d been studying voice performance and training to be a professional opera singer, he became Ringling’s first African-American ringmaster in 1998.

“Ironically enough, I will be the very last voice in the 146-year history of this show, so I will be the last person you hear to speak of ‘The Greatest Show on Earth’ — which is a wild little paradox, to be a first and a last at the same time. I don’t know too many people who can say that, in any industry,” he says.

In his nearly 20-year career with the circus, Iverson married a fellow performer — a Brazilian dancer turned production manager — and raised two children while traveling from city to city on the circus train. Now 8 and 12 years old, his children also perform with Ringling.

During the circus’ recent slate of shows in Virginia, Iverson let NPR into his world. Between performances, he navigates what comes next.

On a trip to FedEx to ship out professional portfolios to prospective agents, he reflects on the absurdity of job-hunting for circus folks — recalling the time consultants came to help them with their resumes.

“How do you do that with circus people? How do you help them write that out? How do you write a resume for superman?” Iverson asks. “It’s like, he flies, you know?”