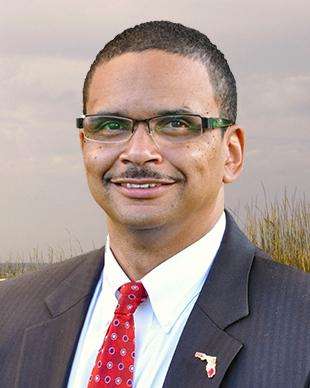 But Agriculture Commissioner Nikki Fried says the governor lacks the authority to make the appointment without the Cabinet.

Fried says her issue is not with Hamilton but DeSantis’, as she puts it, disregard for state law.

She says the governor’s action belittles the urgency of environmental crises facing the state like toxic blooms of red tide that have left marine life belly-up.

Fried, a Democrat, is running against DeSantis, a Republican, in the 2022 gubernatorial race.

Hamilton would be the first African-American to serve in the position. He was appointed interim secretary in June when former Secretary Noah Valenstein resigned.

Before that Hamilton was deputy secretary of Lands and Recreation, supervising Florida’s 12 million acres of public lands. He also served in the Alabama Air National Guard.