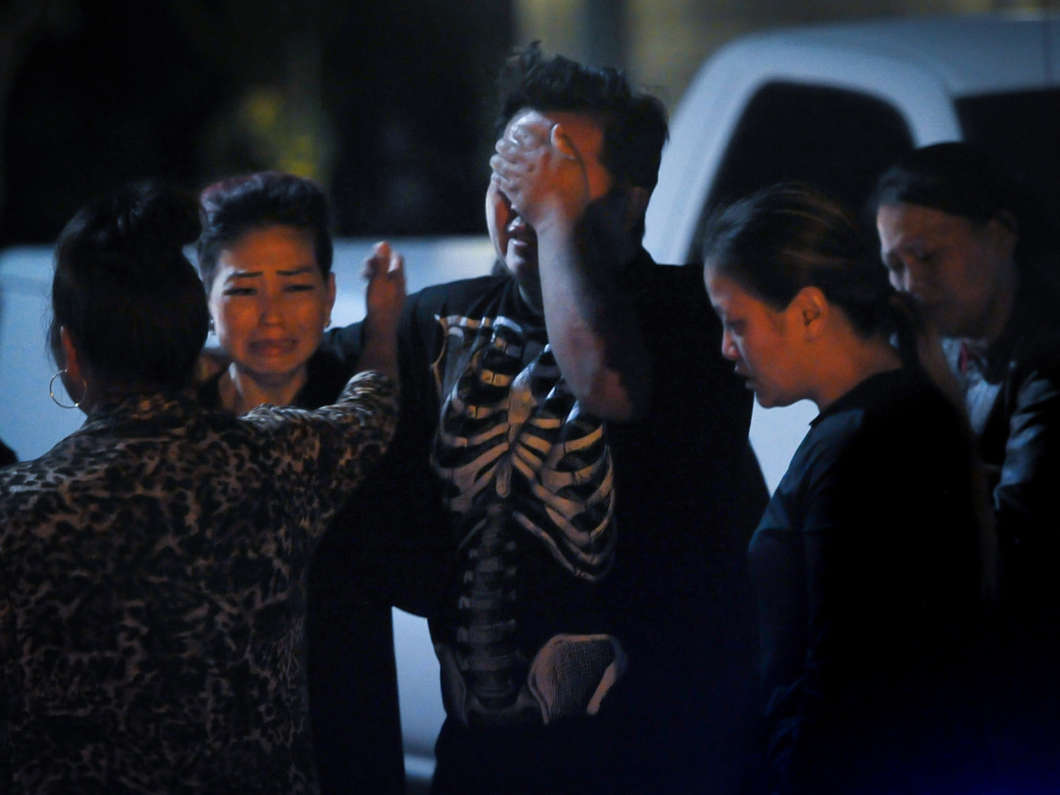 People console one another near the backyard where 10 men were shot, four fatally, on Sunday evening in Fresno, Calif.
Image credit: John Walker/Fresno Bee

A gunman walked into a backyard party in Fresno, Calif., where people had gathered to watch football on Sunday evening, and opened fire, killing four people and wounding six.

Police responded to a flurry of 911 calls from the house just before 8 p.m. Upon arrival, they found three men dead from gunshots. A fourth man died at the hospital. The six wounded were taken to area hospitals for care.

All 10 victims were Asian males between the ages of 25 and 35, according to police.

Reid said there was no history of disturbance at the house, and that the men had simply gathered to watch football.

“Most of them had jerseys on,” he said. “And it looks like something terrible happened.”

Police were canvassing the neighborhood for other witnesses and surveillance video, and were interviewing all 25 to 30 other people who were there.

“We’re going to exhaust every investigative lead we can to find out who did this, why they did this, and bring those folks to justice,” Reid said.

Several women and children were also present, but none were injured.

Preliminary investigation shows no connection to gangs. As of Sunday night, police had no description of a suspect and were not sure whether there had been more than one shooter.

Fresno is a city of about 530,000 in California’s San Joaquin Valley.

The shooting happened three days after a student in Santa Clarita, Calif., shot and killed two classmates and wounded three others, before fatally shooting himself. On Saturday, a San Diego man shot and killed his wife and three of their young sons before killing himself; a fourth son is in critical condition.