Fresh Unrest In Northern Ireland Sparks Comparisons To ‘The Troubles’ 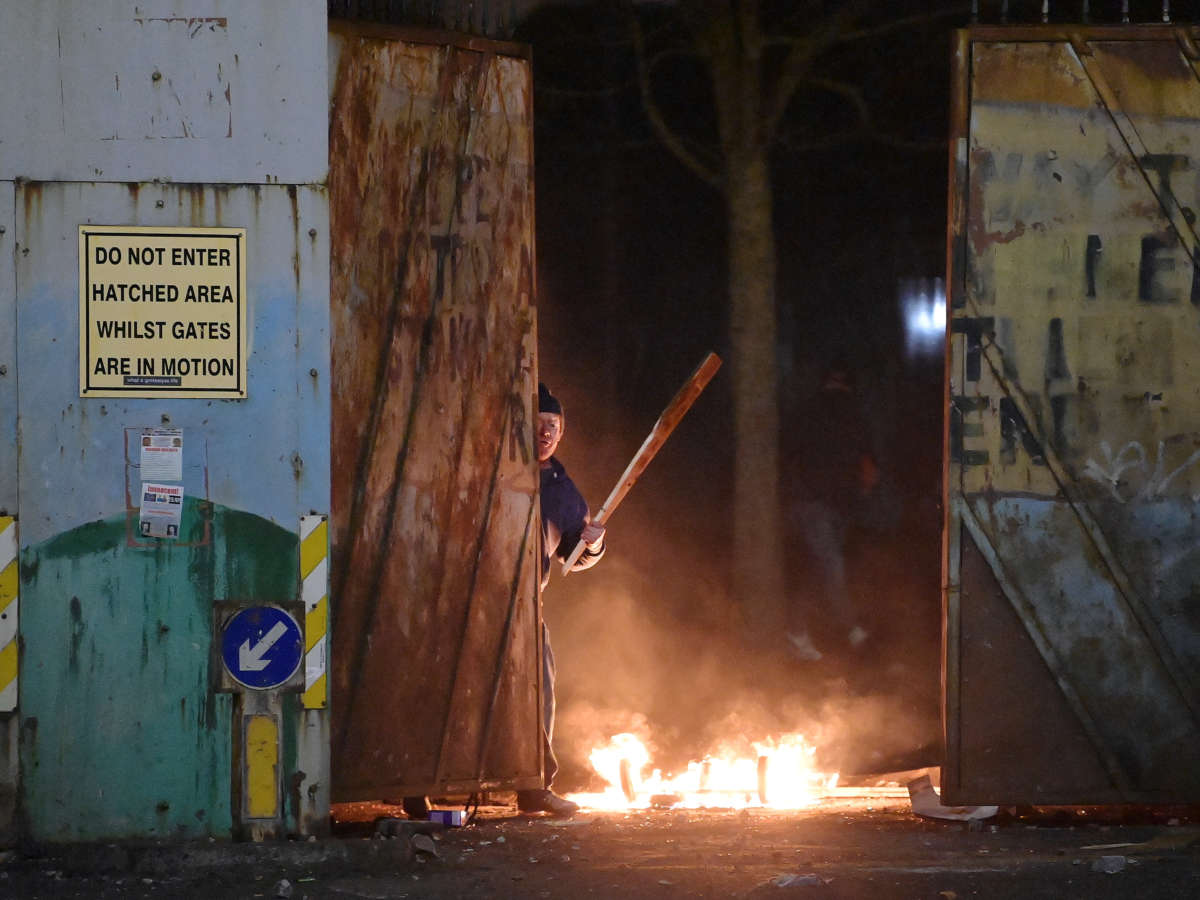 The government of Northern Ireland is holding an emergency meeting on Thursday following days of unrest reminiscent of “The Troubles” that plagued the region for decades.

The latest violence in Belfast has erupted amid anger from Protestant unionists concerned they’re being isolated from the U.K. and pushed into a union with the republic of Ireland due to post-Brexit trade rules.

For about a week now, young people in the city have torched vehicles and hurled bricks, fireworks and Molotov cocktails at police officers. In the past few days, youths have started throwing them over a concrete barrier known as the “peace wall” that separates a Protestant neighborhood from a Catholic area.

On Wednesday night, seven police officers were injured when masked activists in the Shankill Road area, a loyalist stronghold, hurled rocks and gasoline bombs and set a bus on fire.

On Belfast’s Springfield Road, an area made up mainly of Irish nationalists, skirmishes broke out as objects were tossed over the wall, according to The Guardian.

“We saw young people participating in serious disorder and committing serious criminal offenses, and they were supported and encouraged, and the actions were orchestrated by adults at certain times,” he said.

“Last night was at a scale we haven’t seen in Belfast or further afield in Northern Ireland for a number of years,” Roberts said.

In a tweet, the Police Federation for Northern Ireland called for calm, saying “These are scenes we hoped had been confined to history.”

The 1998 Good Friday accord set up a power-sharing arrangement between Protestants and Catholics. It largely ended 30 years of political violence in Northern Ireland between Irish republicans, British loyalists and U.K. armed forces that resulted in the deaths of more than 3,000 people.

Since the U.K.’s departure from the EU at the beginning of the year, Northern Ireland has experienced shortages on grocery shelves blamed on red tape and delays caused by new post-Brexit checks at ports in Northern Ireland. As part of the Brexit agreement, the EU insisted on the checks in exchange for allowing a soft border between Northern Ireland and Ireland.

Unionists loyal to Britain say the checks are a de facto border and undermine Northern Ireland’s place in the U.K.

The disturbances this week follow on unrest over the Easter holiday in unionist areas in Northern Ireland’s major cities.