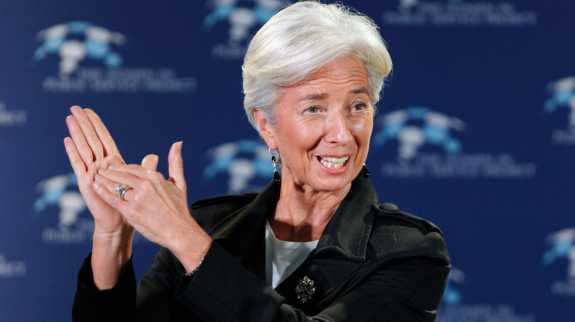 Christine Lagarde, the head of the International Monetary Fund, says French prosecutors have put her under formal investigation.

“Ms. Lagarde said in a statement through her lawyer that she was being investigated for ‘simple negligence,’ by the Court of Justice of the Republic, the judicial body that is charged with investigating the conduct of high government officials.

“Ms. Lagarde, who has denied wrongdoing from the start, said in a statement that the decision by a judicial committee to place her under formal investigation was ‘totally unfounded’ and that she would be returning to work in Washington on Wednesday afternoon.

“‘After three years of investigation and dozens of hours of interrogation, the committee concluded that I had not been guilty of any infraction,’ the statement said, ‘so it was reduced to claiming that I had been insufficiently vigilant during the arbitration.'”

The BBC explains that this dates back to a 2008 case involving businessman and Sarkosy supporter Bernard Tapie. When Tapie sold Adidas, he claimed that the partly-state-owned bank Credit Lyonnais “had defrauded him by deliberately undervaluing the company.”

Lagarde, then the finance minister, referred the matter to an arbitration panel, which decided in Tapie’s favor, awarding him $527 million.

The Times explains that under the French system, “a formal investigation suggests prosecutors believe they have enough of a case that they may ultimately bring criminal charges and trial.”

“The inquiry has already embroiled several of Sarkozy’s cabinet members and France Telecom CEO Stephane Richard, who was an aide to Lagarde when she was Sarkozy’s finance minister.

“In previous rounds of questioning, Lagarde accused Richard of having used her pre-printed signature to sign off on a document facilitating the payment, local media has said. However Richard has stated that Lagarde was fully briefed on the matter.

“Investigators are trying to determine whether Tapie’s political connections played a role in the government’s decision to resort to arbitration that won him a huge pay-out.”