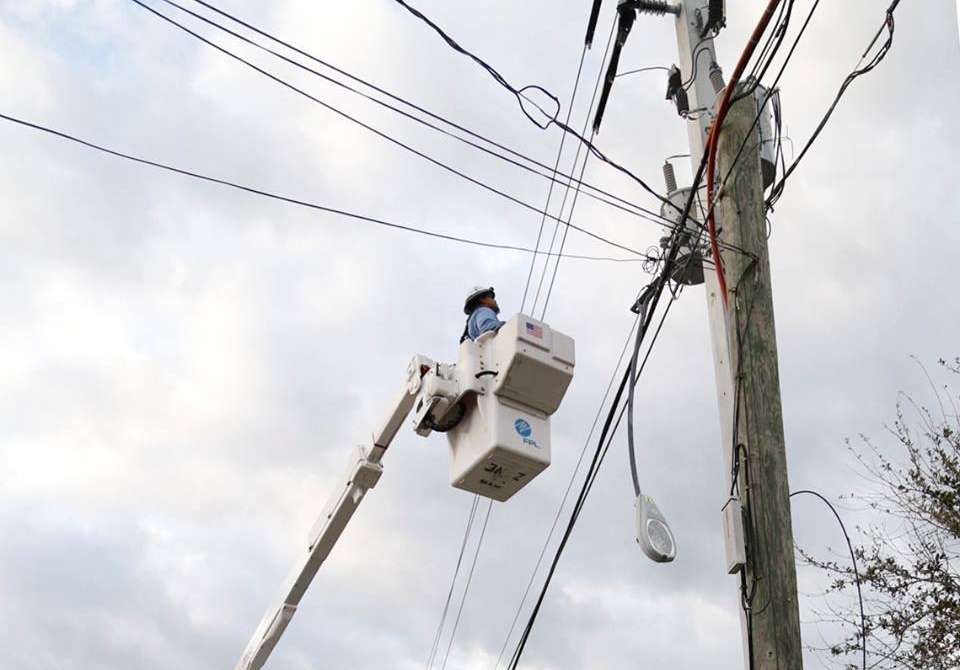 Florida Power and Light hopes to have all power restored to Volusia County by the end of Tuesday. About 9,000 customers still don’t have power. Spokesman Chris McGrath said nearly 14,000 workers have been working around the clock from the Space Coast up through north Florida to rebuild parts of the system.

He said Volusia County was one of the hardest hit, with 167,000 customers without power at one point.

“We actually have to replace power poles, we have to get trees off of lines, take down an old power pole, put in a new power pole and reconnect the lights,” said McGrath.

The company has spent $2 billion strengthening the system over the last decade. McGrath said the newer, concrete power poles held up during the storm but it’s the older ones that fell. FPL says grid upgrades are ongoing especially for lines serving police and fire stations and hospitals.

McGrath said the last time FPL restored power on this scale was during Hurricane Wilma in 2005.

They say they are working ‘round the clock with safety in mind. They’re asking people to do the same and assume downed power lines are energized and call 9-1-1. Utility workers from Texas and Massachusetts are helping out FPL crews and contractors.

More than a million customers lost power statewide because of the storm.