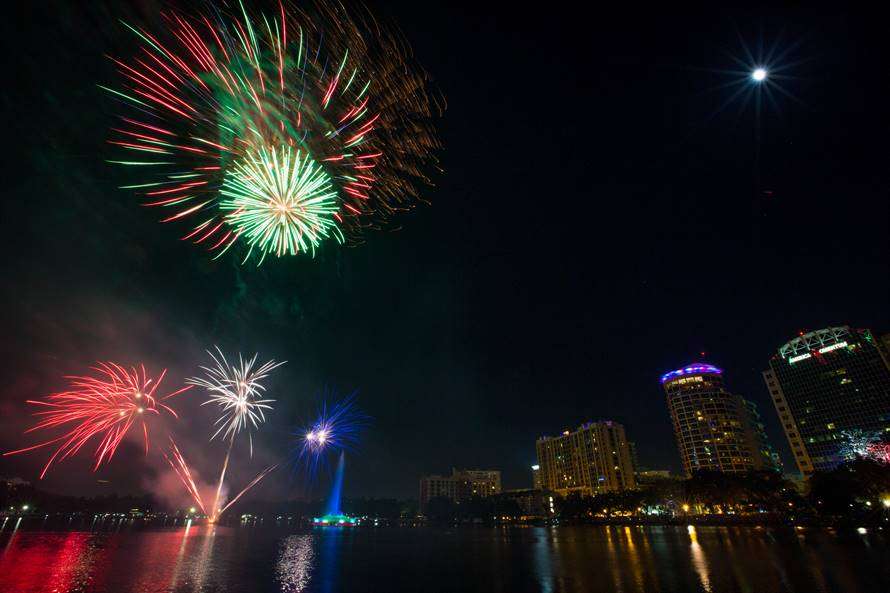 Amid concerns over coronavirus, the city of Orlando held its annual fireworks celebration online -- a pre-recorded compilation of firework displays over the past few years

The numbers were reported to the state’s COVID-9 dashboard Sunday. The state’s positivity rate increased slightly to 17.02 percent.

Dade, Broward and Palm Beach counties continue to have the most cases. Orange county is the fifth highest in terms of positive cases, accounting for 7 percent of the state’s COVID-19 cases.

Florida sees record number of coronavirus cases in one day

ST. PETERSBURG, Fla. (AP) — The Fourth of July holiday weekend began Saturday with some sobering numbers in the Sunshine State: Florida logged a record number of people testing positive for the coronavirus. State health officials reported 11,445 new cases, a single-day record. The latest count brings the total number of cases in the state to 190,052.

A website maintained by the Department of Health shows an additional 245 hospitalizations from the outbreak. Local officials and health experts are worried that people will gather over this July Fourth holiday weekend and spread the virus through close contact.

ST. PETE BEACH, Fla. (AP) — The United States has dipped under 50,000 new daily infections for the first time in four days, according to a tally by Johns Hopkins University. Experts fear, however, that celebrations for the July 4th weekend will act like rocket fuel for the nation’s surging coronavirus outbreak.

Johns Hopkins counted 45,300 new coronavirus infections Saturday in the U.S. after three days in which the daily count reached as high as 54,500 new cases. The lower figure could be due to reduced reporting on a national holiday.

Despite warnings by health experts to limit gatherings, President Donald Trump went ahead with a speech at Mount Rushmore on Friday and fireworks Saturday on the National Mall in Washington.

The MLS is Back tournament match between FC Dallas and the Vancouver Whitecaps has been postponed after numerous positive tests for the coronavirus. The game was originally set for Thursday at ESPN’s Wide World of Sports.

FC Dallas announced earlier this week that six players had tested positive after arrival in Florida for the tournament. Two Whitecaps players tested positive, forcing the team to remain in Canada. Additional tests were negative, but the team had to push back travel until Monday.

President Trump signed legislation Saturday extending the deadline for small businesses to apply for the Paycheck Protection Program, enacted in the weeks following the economic shutdown caused by the coronavirus pandemic.

The original deadline to apply for the PPP was this past Tuesday night. But $130 billion still remained in the fund, out of $660 billion allocated. Both houses of Congress approved the extension unanimously earlier this week. With Trump’s signature Saturday, businesses will now have until Aug. 8 to apply for the assistance.

The PPP lets businesses get direct government subsidies for payroll, rent and other costs. The subsidies come as federal loans, but those loans can be forgiven if businesses use at least 60% of the funds for payroll.

The program has so far doled out about $520 billion in loans to almost 5 million small businesses across the country. The loans were meant to let businesses cover about two and a half months of typical costs.