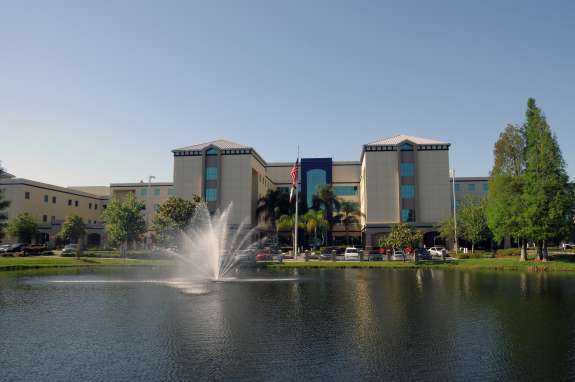 NIKKI: Historically, there’s been one trauma center in Central Florida, and that’s Orlando Regional Medical Center. But that’s not the case anymore.

ABE: No, we now have Osceola Regional Medical Center in Kissimmee and Central Florida Regional in Sanford opening Level II trauma centers. These are both owned by for-profit hospital system HCA. All these trauma centers in the state started seeing patients this week.

NIKKI: Well let’s start with the basics: What is a trauma center and how is it different from a typical ER?

ABE: Trauma centers are emergency rooms on steroids. They’re staffed to deal with major, major trauma. If you get shot, if you get stabbed, if you wreck your motorcycle or get in a nasty car accident, you’re going to need surgery and highly specialized care to handle that. And that’s what trauma centers do.

NIKKI: These new trauma centers are Level II trauma centers. So what’s the difference between a Level One and a Level Two center?

NIKKI: Give us a sense of scale: How many people does this impact?

NIKKI: Four thousand patients in an areas with 2-point-3 million people. That doesn’t seem like a lot.

ABE: No, and that’s the reason why there was so much rancor over this. It’s very expensive to operate and staff these trauma centers, we’re talking tens of millions of dollars. Existing trauma centers worry that the new centers will siphon off patients and the doctors and surgeons and nurses who treat them will lose proficiency.

NIKKI: And they would also lose money.

ABE:  Yeah, these two new trauma centers are in more suburban areas and are more likely to get car accidents and falls, the blunt trauma. These patients are often have insurance, which make them desirable. Hospital analyst Michael Carroll says this could put Orlando Regional Medical Center in a tough place.

“Because of its inner city location, it will tend to draw and receive what has euphemistically been referred to as the gun and knife club,” Carroll said. “Typically individuals who have limited or nor health insurance, therefore become uncompensated or bad debt for the hospital, and are very expensive cases.”

NIKKI: A Tampa Bay Times investigation last year found huge fees, sometimes as high as $34,000, at HCA-owned trauma facilities. Is there a concern that patients could be hit with these fees at the new centers?

ABE: There was some legislation filed in 2014 to curb these fees, but it ultimately failed, so that is a concern I’m hearing.

NIKKI: But there’s also the golden hour argument, that more trauma centers means patients will get access to specialists faster.

ABE: Absolutely. And that’s especially true in Osceola County when it comes to the attractions area. It’s already a pretty far drive, and you throw in some bad weather, that could add to the time. Here’s Michael Carroll again:

“There’s no question the quicker the injured victim can be treated on scene by the first responder as well as in a trauma center, the greater their chances of survival,” Carroll said.