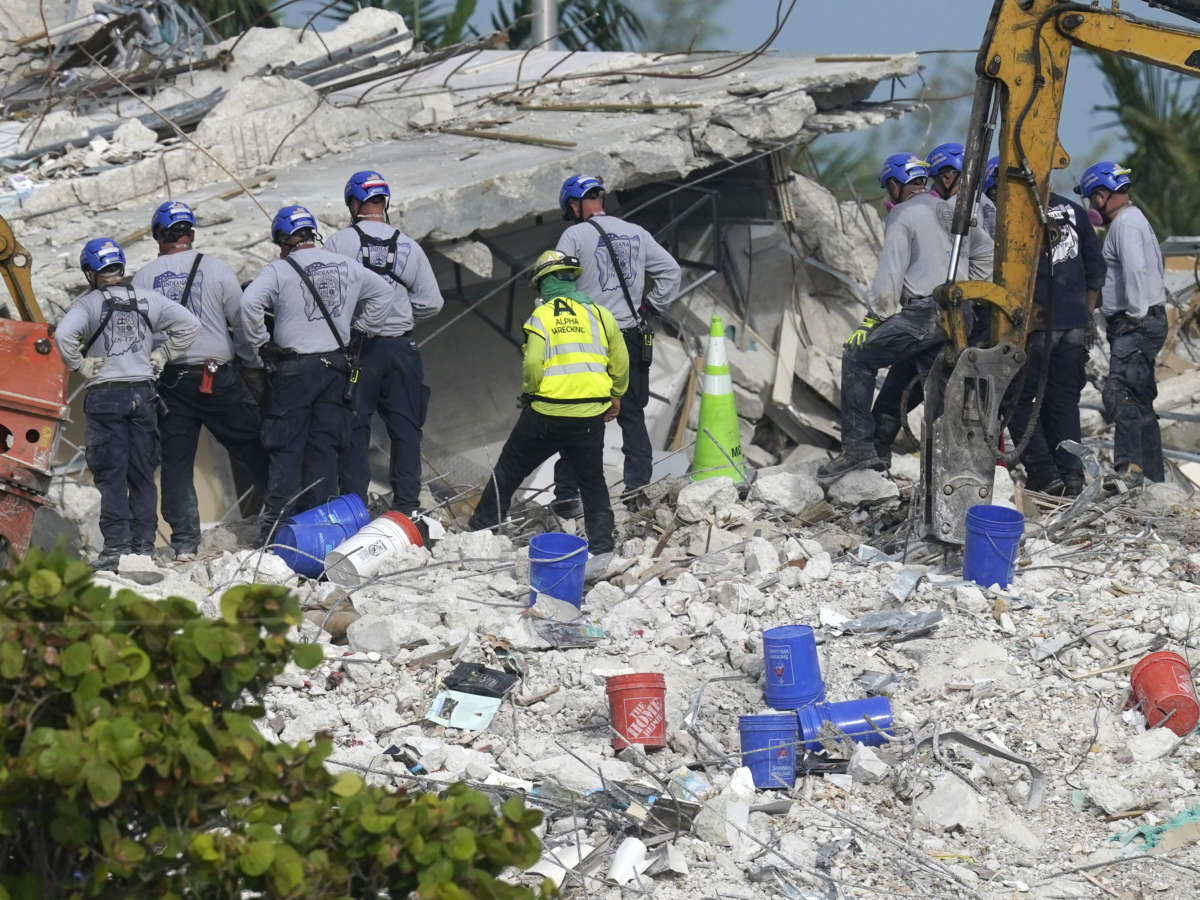 Four more bodies have been recovered from the ruins of the collapsed condo tower in Surfside, Fl., bringing the total death toll to 28. A total of 117 individuals remain unaccounted for, according to authorities leading the search and rescue operation.

Speaking to reporters Monday, Miami-Dade County mayor Daniella Levine Cava said that the demolition of the rest of Champlain Towers South “was executed exactly as planned” on Sunday night, and that it would allow rescue teams to work on a section of the collapsed building that was previously inaccessible.

“Truly, we could not continue without bringing this building down,” Levine Cava said. “The area closest to the building was not accessible, due to the enormous risk to the team of first responders, because of the instability of the building.”

According to Florida Governor Ron DeSantis, the newly accessible section of rubble is from a part of the building where many bedrooms were located, and may contain the remains of many victims. The building collapsed in the middle of the night.

Authorities had been concerned that an approaching tropical storm might topple the standing part of the building onto the section that had already collapsed.

Tropical Storm Elsa now appears to be tracking further to the west, and is more likely to hit the west coast of Florida, rather than the site of the disaster. But the storm has still managed to frustrate rescue efforts, with lightning resulting in temporary stops to the search, officials said Monday.

Levine Cava acknowledged that demolishing people’s homes “is a devastating decision” and said that “our teams are doing everything possible to help those who lost their home begin to rebuild.”

She said that authorities are working with insurance companies and the Federal Emergency Management Agency to streamline claims and help those who’ve lost homes and property.

One animal rescue volunteer had gone to court to stop the demolition of the rest of the tower, asking the court to allow more time to rescue pets that might still be trapped inside. The judge denied the motion.

Levine Cava told reporters that Miami-Dade rescue teams had already gone through parts of the building that were still accessible, “searching in closets and under beds” to find missing pets.