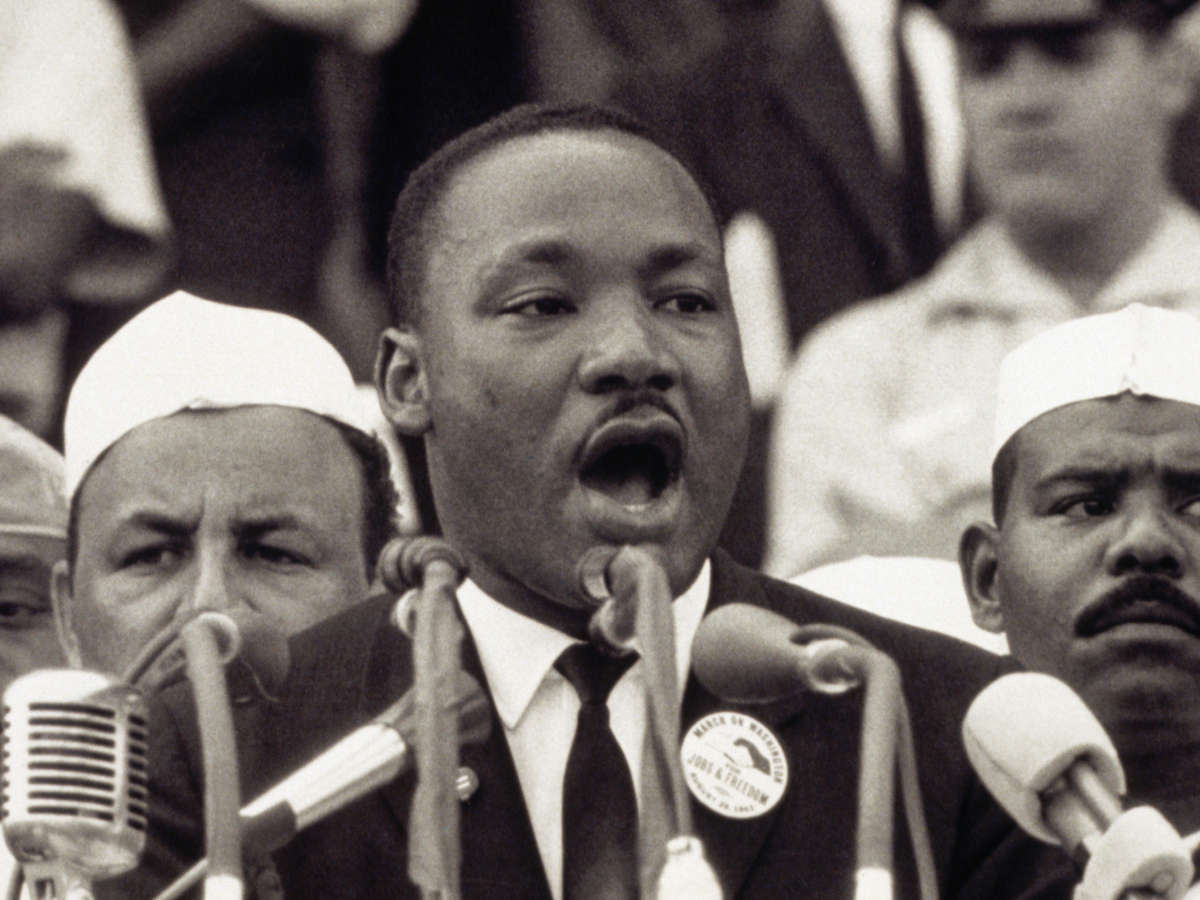 Martin Luther King Jr. gives his "I Have a Dream" speech to a crowd at the Lincoln Memorial during the March on Washington on Aug. 28, 1963.

History is no game, but the developers of Fortnite are adding an iconic moment featuring Martin Luther King Jr. to the popular video game — and some people worry it sends the wrong message about the civil rights leader.

Fortnite said it is partnering with TIME Studios to go back in time, adding a new virtual experience featuring King’s “I Have A Dream” speech. The experience, called “March Through Time,” teleports players back to a “reimagined” Washington, D.C., in 1963 — where King delivered the speech during the March on Washington.

Throughout the game, players will travel to the Lincoln Memorial and the National Mall, where King gave his famous speech.

“March Through Time” includes collaborative mini-game quests, popup galleries and educational resources. The museum-inspired points of interest along with its historical imagery are intended to give context to King’s historic speech, Fortnite said in a news release.

The activities featured in the game will progress players through the experience while bringing to life important themes of the speech.

The new feature has received some negative reactions across social media — some people are worried that King would be remembered by younger gamers as the “Fortnite guy” and not an activist.