Fort Hood Should Be Renamed After The First Hispanic 4-Star General, Lawmakers Say 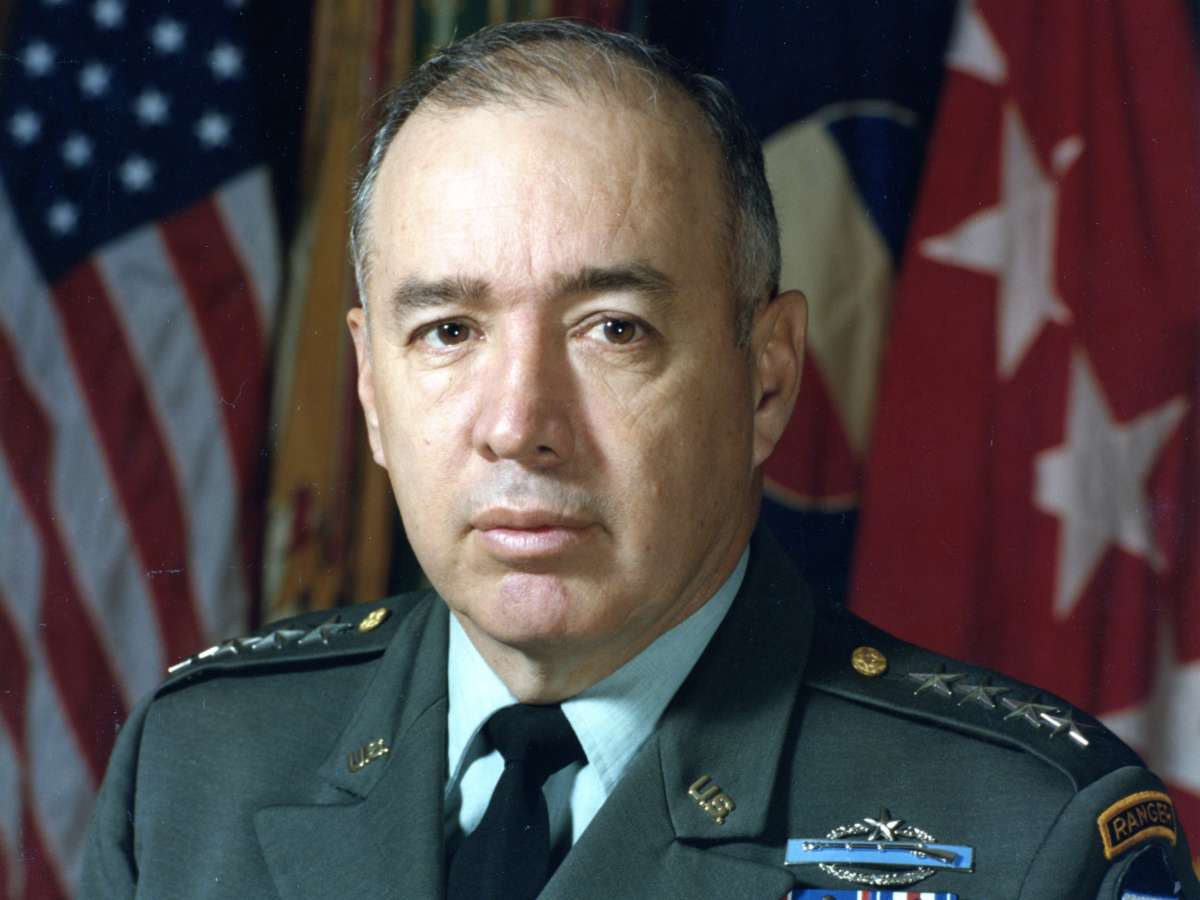 The late Gen. Richard E. Cavazos was the first Hispanic American promoted to the rank of four-star general.

A group of Latino lawmakers wants the Biden administration to rename Fort Hood in Texas after the country’s first Hispanic American promoted to four-star general.

The Congressional Hispanic Caucus recommended that Fort Hood, one of the country’s largest military installations, be renamed in honor of the late Gen. Richard E. Cavazos.

“Latinos make up almost 19% of the country now — so almost a fifth of the country — and have served proudly over the generations in the armed forces,” Rep. Joaquin Castro, a Texas Democrat and a member of the Congressional Hispanic Caucus, told NPR.

“We think it’s only right that the contributions of different Latinos be recognized on these bases,” Castro added.

According to Castro, there isn’t a single military base on the mainland U.S. named after a Latino service member.

The ask comes as the federal government continues to decide how it will rename bases across the U.S. that were named after Confederate service members, a mandate included in the defense appropriations bill approved by Congress in January.

Among them is Fort Hood, which is named after Confederate Gen. John Bell Hood, who gained notoriety during the Civil War for commanding the Texas Brigade, which fought in at least 24 battles in 1862, according to the Texas State Historical Association.

Fort Hood is now the largest active duty armored post in the armed forces, with nearly 40,000 soldiers on the base.

Who was Richard Cavazos?

Raised in Kingsville, Texas, Cavazos commanded troops at Fort Hood and eventually led the U.S. Army Forces Command, which made him one of the highest-ranked Army officials at the time.

He was also a member of the Borinqueneers, a famed National Guard unit formed before the Korean War of only Puerto Rican guardsmen. Although it was later desegregated because of a lack of available personnel, it remained the only all-Hispanic unit in U.S. Army history.

Cavazos won the Silver Star and two Distinguished Service Cross awards for his service during the Korean and Vietnam Wars. In one instance, he was was recognized for exposing himself to enemy fire and exploding grenades.

“I truly believe that a lot of us got home because of the way he conducted himself,” Melvin “Brave” Brav, who served under Cavazos, told the San Antonio Express-News.

What’s next for the naming commission

The Naming Commission — a congressional commission that reports to the Senate and House Armed Services Committees — is currently taking suggestions from the public on what to rename some of the military installations with titles linked to the Confederacy.

Nine Army posts named for Confederate officers, another named for a former slave plantation and two ships are under consideration for renaming.

The commission says it will deliver a report to Congress by October 2022, and the defense bill stipulates that the Secretary of Defense will implement the plan no later than Jan. 1, 2024.