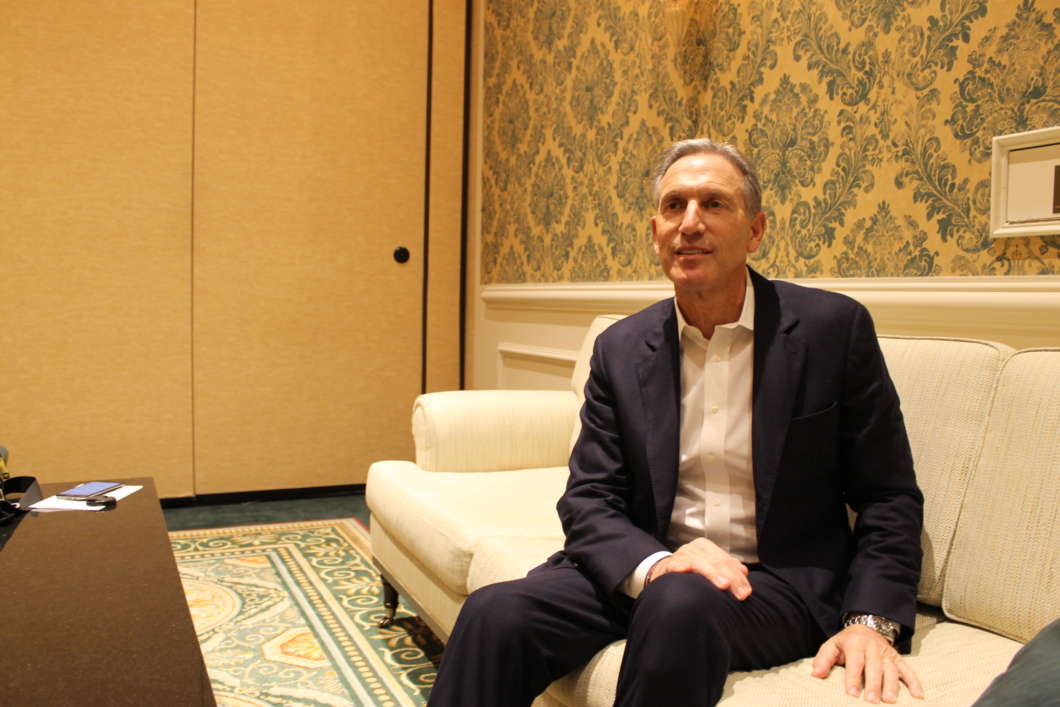 Former Starbucks CEO Howard Schultz has been touring the country promoting his book From The Ground Up.

“I haven’t decided whether I’m running or not, but what I’ve said is that I’m profoundly concerned about the direction of the country,” says Schultz, who says if he runs, it would be as a “centrist independent.”

Schultz says he thinks the Democratic party has moved too far to the left.

“I don’t think Donald Trump and the Republican Party should be met with another far extreme, this one far left,” says Schultz.

“I think what we need is a centrist, common sense approach, getting ideas from both sides, trying to unite the country, bring the country together. I think this is a fragile moment in the history of America.”