Former Senator Bill Nelson Sworn In As NASA’s Next Administrator 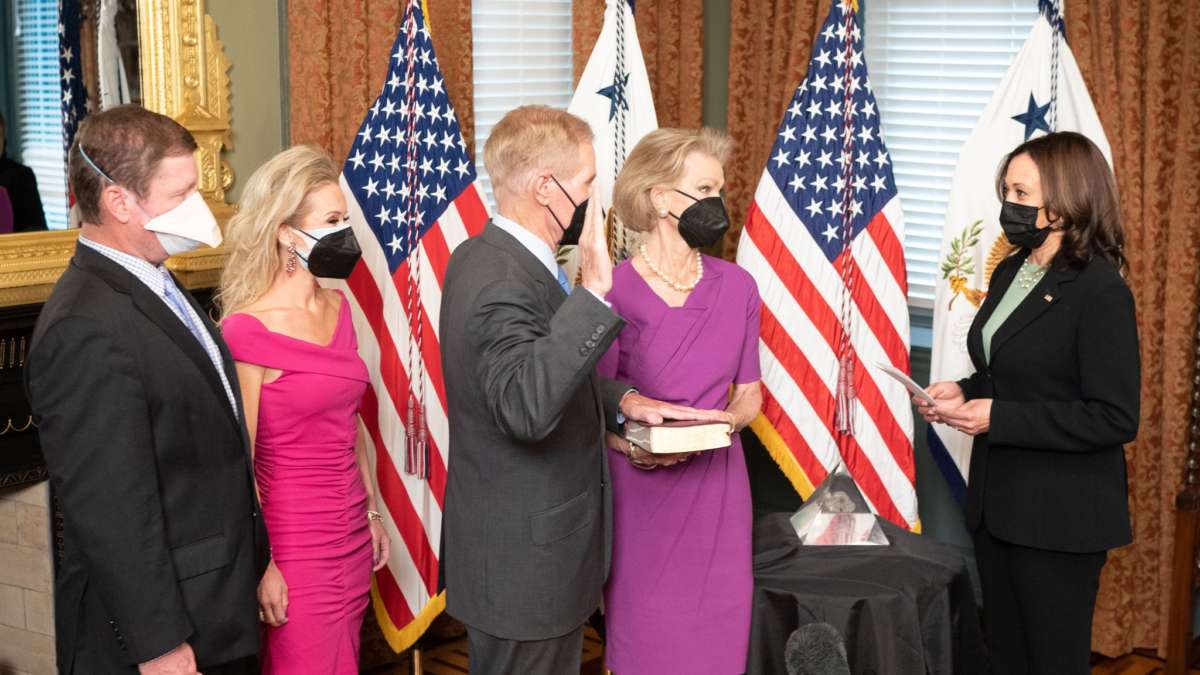 Former Senator Bill Nelson is now the new administrator of NASA. He’s the 14th agency administrator and the second consecutive politician to hold the post.

Nelson was sworn in by Vice President Kamala Harris. His wife and two children were at his side along with former administrators Charlie Bolden and Jim Bridenstine who joined virtually.

Pointing to the past administrators, Nelson said it showed “the continuity and bipartisanship with which you run the country’s space program.”

He was also joined by the current nominee for Nelson’s deputy, former astronaut Pam Melroy.

“This has to be about our nation and what is best for out nation, unencumbered by partisan politics but based on what we know is the right thing to do,” said Harris at the ceremony.

A piece of moon rock was on display at the ceremony, a sample collected by Apollo 16 astronaut John Young who grew up in Orlando, Florida.

Nelson’s nomination quickly moved through the Senate and garnered bipartisan support. He was introduced at his nomination hearing by Republican Senator and former colleague Marco Rubio.

Nelson served in the U.S. House and Senate and flew to space on the Space Shuttle Columbia.

The nomination was the first major move by the Biden administration for space policy. On Saturday, senior administration officials said the White House will continue the National Space Council which was restarted under the last administration.  Vice President Harris will serve as chair.