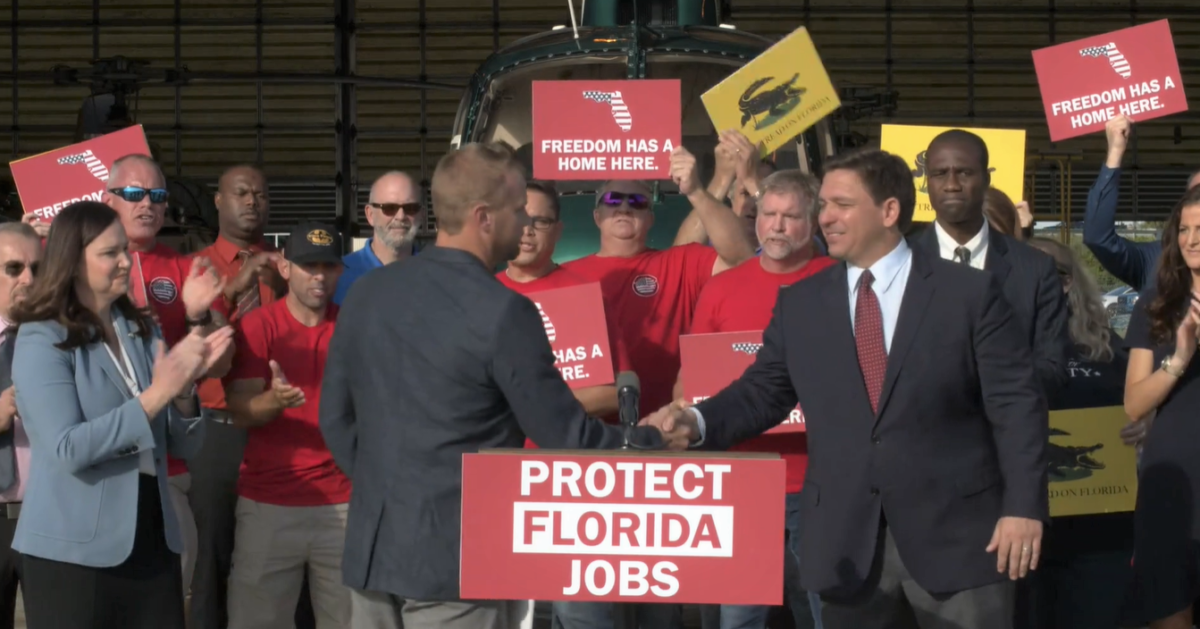 A former Orange County Fire Rescue battalion chief joined Gov. Ron DeSantis at a press conference in Clearwater Thursday to defend the actions that got him fired.

DeSantis says his case underscores the need for a legislative special session to outlaw vaccine mandates by local governments.

Stephen Davis lost his job Tuesday for failure to follow a direct order. He refused to write up other firefighters who violated the county’s COVID-19 vaccine mandate.

He says it was “an unlawful order” and questions whether some of the firefighters even violated the policy.

On Thursday evening, Orange County Mayor Jerry Demings stood by the decision to fire him. Demings says he supports firefighters.

“Yes, we asked them to get vaccinated during the present pandemic in order to protect themselves and the public,” he said.

He says their union agreed to written reprimands as discipline for non-compliance with the policy.

“Unfortunately, the governor and others have politicized getting vaccinated. They seem to care more about using firefighters as political pawns rather than as public servants.”

The mayor says 88 percent of Fire Rescue staff have complied.