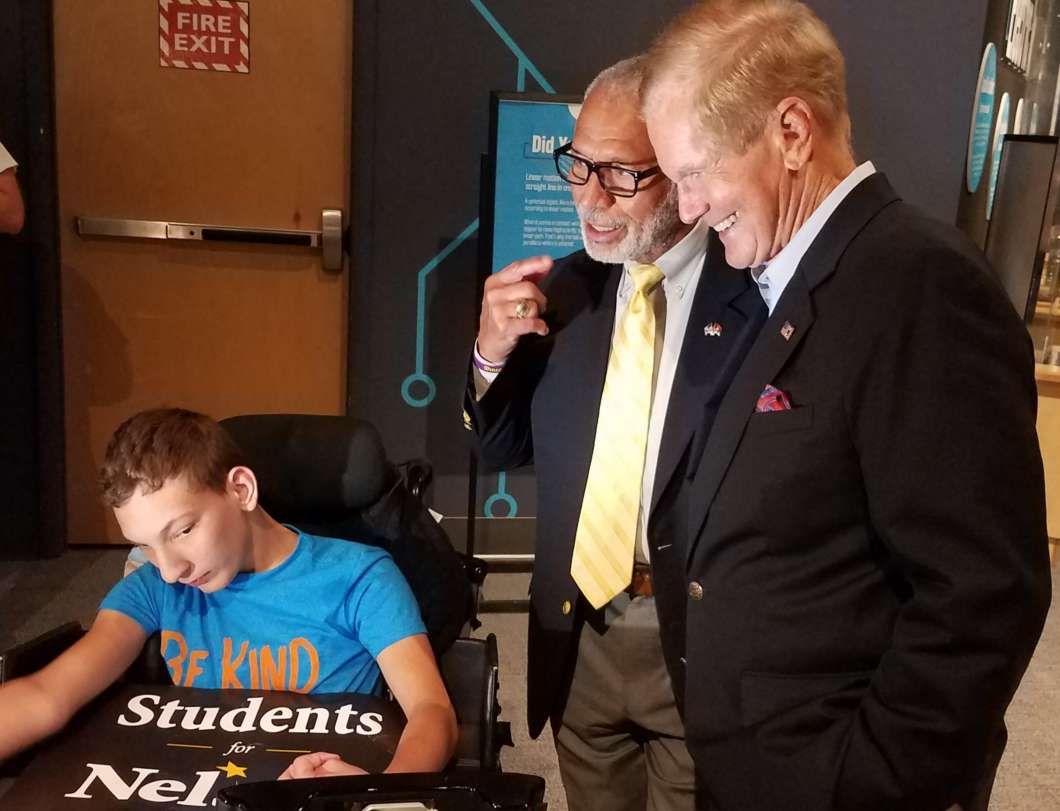 Former NASA Administrator Charlie Bolden is endorsing Senator Bill Nelson in his bid to win re-election. The two hosted a science round table discussion at the Orlando Science Center.

Bolden and Nelson met back in the 1980s when the two were training for a Space Shuttle mission. Bolden was the pilot of Shuttle Columbia on STS-61-C and Nelson was a Congressman-turned-astronaut that hitched a ride to space.

Thirty years later, Bolden is throwing his support into Nelson’s campaign. The Democratic Senator faces Republican Governor Rick Scott in a tight race for the seat.

“I think he has the experience that we need in this area as well as nationally in the space program,” Bolden said to a group of supporters at the Science Center. “I attribute the success of where NASA is today to him.”

Bolden says Nelson’s leadership in Congress helped fill the void on the space coast after the end of the shuttle program with private industry. His opponent, Rick Scott, also courted private space businesses to the sunshine state, like Blue Origin and OneWeb Satellites, as governor.

The two fielded questions about climate change and the environment. “You got red tide [in Florida]. We have got to do something, and we got to move faster. We can’t continue to ignore the changing climate and pretend it will go away,” said Bolden. “That’s where space exploration is really coming in.”

The former NASA chief praised Nelson’s work as a law-maker passing the NASA Authorization Act of 2010, which helped fund Earth and space science to provide valuable climate data to scientists.

Bolden oversaw the agency during the end of the shuttle program. He was the head of NASA during the Obama administration.