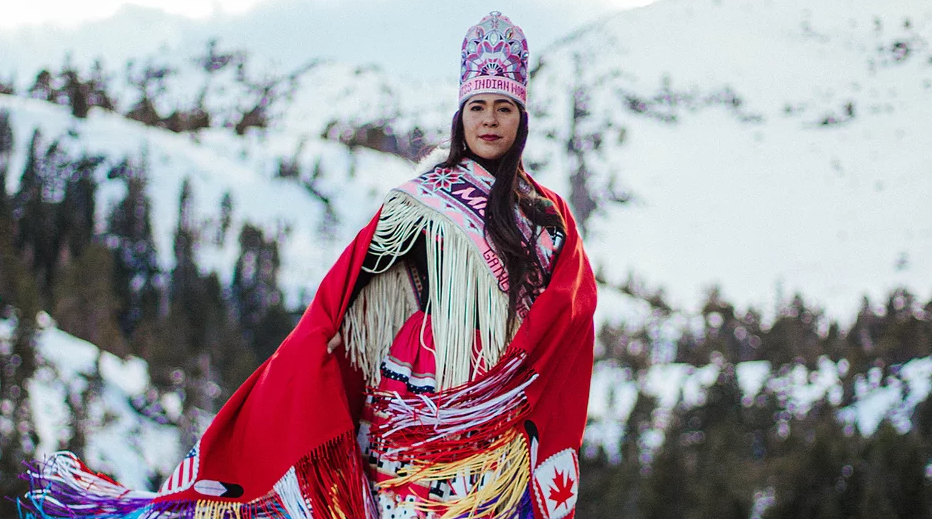 There’s no accurate count of the number of Native American women who go missing or are murdered every year in the United States.

The National Crime Information Center estimated 5,712 indigenous women and girls were missing in 2016, but that was more than five years ago.

WMFE spoke with Cheyenne Kippenberger a member of the Seminole Tribe and a former Miss Indian World about what needs to change to protect women, girls and two-spirit people in her community from this violence.

To learn more about the MMIWG2S+ movement, which tries to bring justice to all missing Native people, click on the link.

Cheyenne: My tribe, you know, we have a very unique kind of situation in that we have six reservations that span across South Florida. And one of those being the Hollywood Reservation where I’m from and live currently. You know, we’re right here in the middle of the city, we’re about 10, 15 minutes from Miami. Hard Rock Hollywood is literally right here on my reservation’s land. We have another casino, literally across the street from there. And so human trafficking is prevalent in these types of settings, you know, we’re a tourist state, and this tends to be the type of places that those things occur.

Danielle: You know, growing up in Hollywood on on the Hollywood Reservation, was this something you guys talked about? Were there any kind of outreach efforts at the time? And how is that changed now, you know, years later?

Cheyenne: As a younger person, I can’t say that I really remember that being a prevalent conversation. With the presence of social media and internet specifically, it’s become a lot more widely spoken. I think. There’s somebody that is missing, you know, it’s not uncommon to go on Twitter to go on Facebook, to go on Instagram and see a missing flyer and thousands of people are retweeting and sharing that right.

Danielle: And I know that earlier, with the Gabby Petito case, there was so much media attention given to her case, was it hard to see that not more attention is given to Native women in the same situation?

Cheyenne: You know, you’re looking at mainstream media outlets, and they’re so focused in on this one specific case. It’s, it feels like a slap in the face. You know, where’s the thing, the media attention for our for our young women? Where’s that media attention, you know, for all the girls that have gone missing in that area of the country?

Danielle: One of the really cool things you did was to start a healing circle. And you talked about trauma and different things related to that. Do you think that’s the way forward when it comes to kind of changing things? Or do you want to see other things too, there’s so many things that obviously need to happen and need to change for this issue to get more light and gain more traction. But what do you want to see?

Cheyenne: For me, starting that healing circle, starting that symposium was all about educating and education is power. I think when you can take a group of people and provide them the tools to be able to recognize what’s going on, you know, set up a plan for, for what to do when that occurs, and then come up with a game plan afterwards, you know, specifically focused on justice, and how do you involve, you know, state police departments, federal departments, and things like that. You know, that that gets gets the ball rolling in a good direction. And that was really the vision that I, as well as my co-chair had with that healing symposium was creating a space for us to talk about these really uncomfortable things that occur in our communities, and that are so prevalent in the majority of our communities across Indian country. And so I think that when we look at the larger scope, the larger picture of how we can address this is: everybody needs to care about this the same way that people cared about the Gabby Petito case. We deserve that same type of attention. We deserve that same type of effort and time and energy that got put into finding justice rightfully so for Gabby Petito. Our women deserve that too.