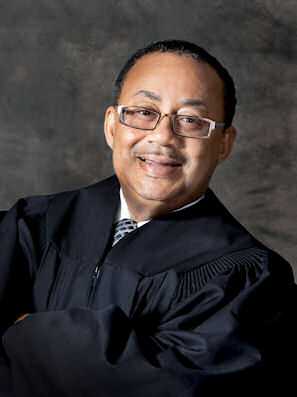 Former Orange County Chief Judge Belvin Perry announced Tuesday that he is joining the law firm of Morgan and Morgan. The move comes just days after Perry’s retirement from nearly 25 years on the Ninth Circuit bench.

With new boss John Morgan by his side, Perry told reporters that he will be taking on personal injury cases for what he called one of the best law firms in the country.

Perry says he has wanted to be a personal injury attorney since his first class in law school that covered associated issues like negligence and liability. “I’ve always wanted to be that giant that looked out for the little guy…the little guy who happened to be injured, who was going tilting at a gigantic windmill,” he says.

Perry is perhaps best known for presiding over the criminal trial of Casey Anthony. He says he will not be working on Morgan and Morgan’s ongoing civil case against Anthony, calling his involvement with her proceedings “a closed book.”