Forgotten no more: Lake County deputy was fatally shot in 1925 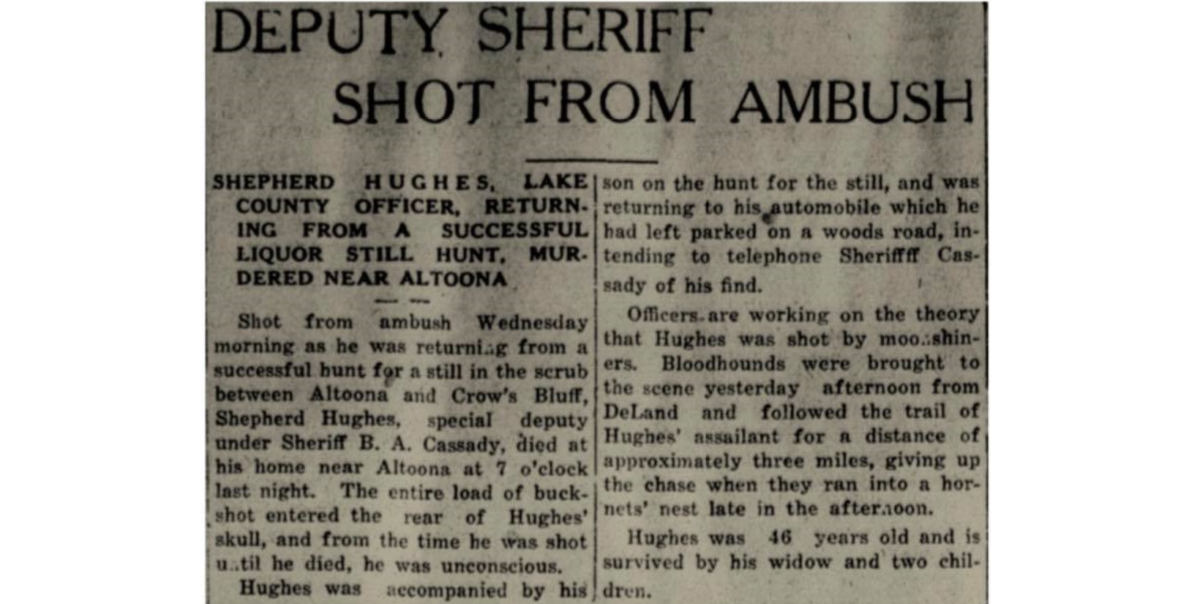 A researcher with The Officer Down Memorial Page discovered old newspaper clippings about the fatal shooting of Special Deputy Israel Shepard Hughes. The newspaper lists his name as "Shepherd" but a death certificate spells it "Shepard."

Nearly a hundred years after his death, a Central Florida sheriff’s deputy who died in the line of duty will have his name added to the law enforcement memorial in Washington, D.C.

A volunteer with The Officer Down Memorial Page uncovered the long-forgotten case of Lake County Special Deputy Israel Shepard Hughes.

On April 1, 1925, Hughes discovered a moonshine still in Altoona. Then he was hit with buckshot in the back of the head.

It’s not clear that his killer was ever found.

His death led the front page of the Eustis Daily Lake Region newspaper the next day. And the deputy — who also worked as a brick mason — was buried in Paisley.

And then Shepard Hughes was forgotten.

The Lake County Sheriff’s Office has announced that Hughes’ name will be added next year to the National Law Enforcement Officers Memorial.