Forecasters Are Monitoring Three Tropical Waves in the Atlantic 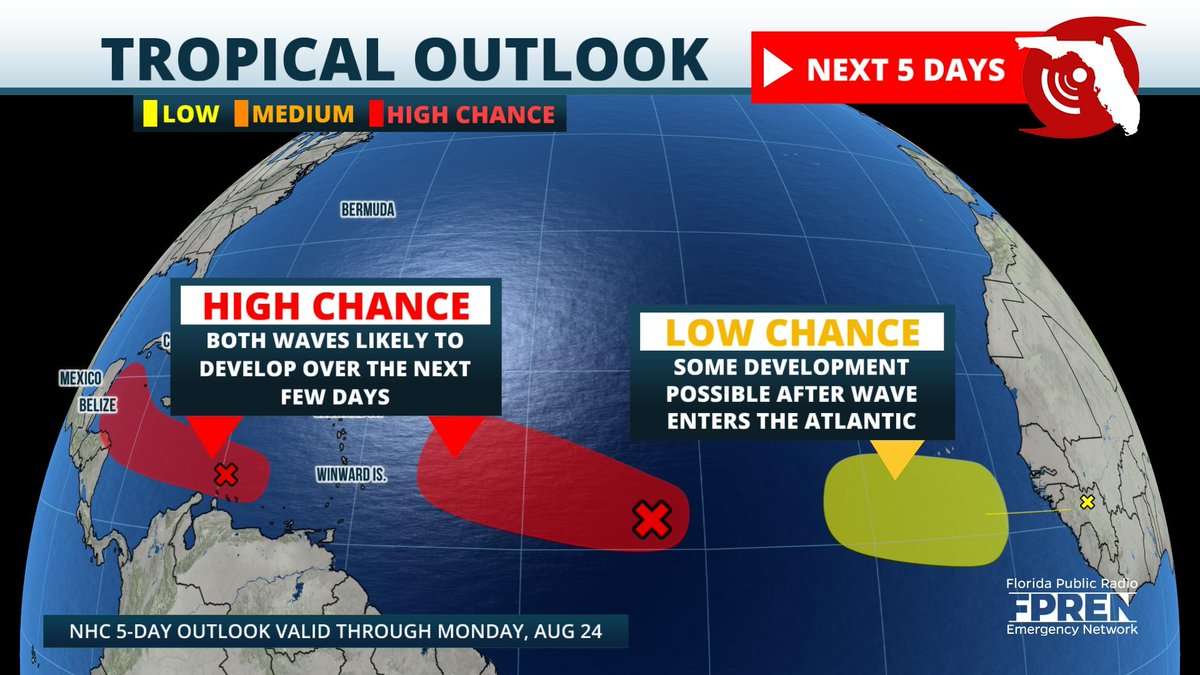 Forecasters are now monitoring three tropical waves over a large portion of the Atlantic Basin, from the central Caribbean Sea to the coast of Africa.

Meteorologist Ray Hawthorne says each has the potential to become at least a depression.

“The system in the Caribbean is the one closest to the U.S. of the three, and it’s likely to develop in the northwest Caribbean near the start of the weekend. It’s too soon to say whether it might turn into the Gulf, but I encourage interests to occasionally check in on the forecast in the coming days.”

Ray says the second wave midway between Africa and the Caribbean is likely to be near the eastern Caribbean this weekend. The National Hurricane Center says the third wave near the coast of Africa may develop early next week.