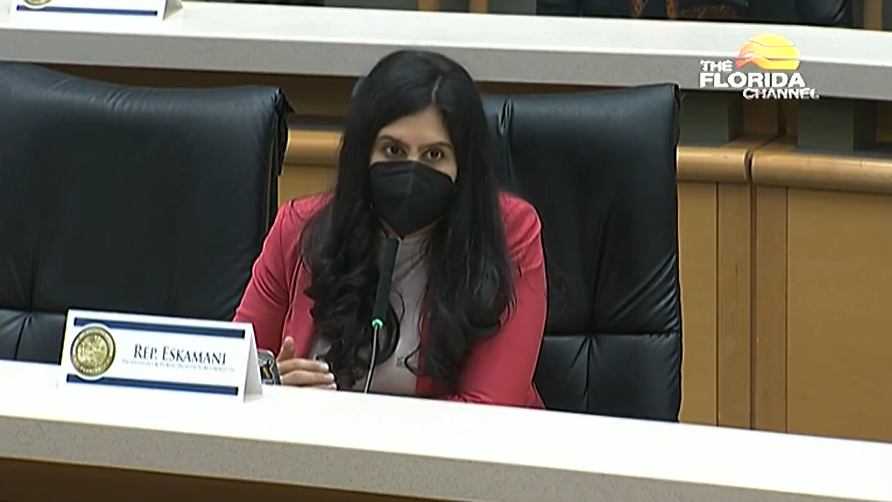 A bill in the Florida House of Representatives that would restrict abortions after 15 weeks passed its first committee hearing with 12 votes to 6 along party lines.

House Bill 5 does include an exception, such as when a doctor says the fetus has a fatal abnormality, but it does not allow exceptions for rape or incest. The bill was modeled after Mississippi’s Gestational Age Act. Current Florida law bans abortion after 24 weeks of pregnancy.

The bill has companion legislation in the Florida Senate.

Senator Kelli Stargel, a Republican from Lakeland, released a statement saying that “women and children deserve better than abortion.” Stargel also talked about her personal experience as a “scared teenage mother” who understands the turmoil of facing an unplanned pregnancy.

Representative Erin Grall, a Republican from Vero Beach, said that the bill is a “fight for life”.

Representative Anna Eskamani, a Democrat from Orlando, spoke out in opposition to the bill. She said it would strip away freedom from half of the state’s population.

“I have a deep sense of irony in my blood as I hear this debate, especially since it was just last November when the word ‘freedom’ was said so many times on the House floor during the COVID-19 Special Session,” Eskamani said. “Yet here we are about to strip away freedom for more than half of Florida’s population. Let us be clear — this is not a moderate bill. There is no such thing as a reasonable abortion ban.”

Representative Eskamani discussed the issue as “hypocrisy at its worst” and that Florida lawmakers who vote in favor of the bill are “turning their backs” on Floridians.

“This is a body that prioritizes wealthy individuals and corporations over working-class and poor Floridians, and we’re here to make sure those folks are not forgotten and that they have the same ability to express bodily autonomy as anyone else.”

WMFE reached out to Representative Grall and Senator Stargel for comment but did not hear back.