For Dialysis Patients, Hurricanes Are A Race Against The Clock For Survival 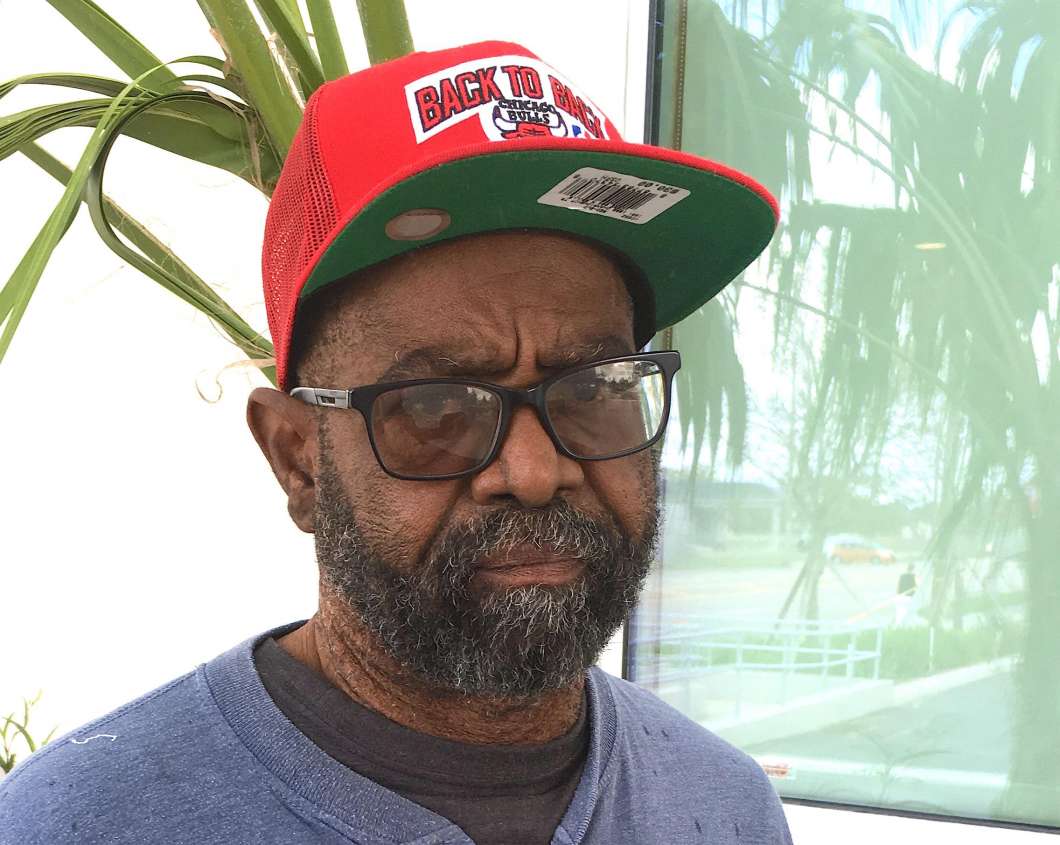 Alvin Joseph of St. Thomas made it through the path of a hurricane and two evacuations without missing a dialysis treatment. (SAMMY MACK / WLRN)

When Hurricane Irma slammed into the U.S. Virgin Islands, Alvin Joseph was home in St. Thomas with his wife, his oldest granddaughter and four of his great-grandkids.

As the wind howled, Joseph and his wife went into the little boys’ bedroom to get a mattress and box spring for protection.

“The ceiling tiles had already disappeared out of the roof and we could see the sky,” said Joseph. “By the time we left out of the bedroom to go back in the living room — whoosh — roof was gone.”

The family survived, but not unscathed. Joseph’s oldest great-grandson had a deep cut on his head from a falling light fixture. When the storm settled, Joseph put the boy in his car and gingerly drove through the debris-strewn streets to St. Thomas’ only hospital.

“So much structural damage was done to the hospital,” Joseph said. He found the dialysis center in the hospital damaged by water that had run down through the ceiling.

And that’s when he realized he had his own medical crisis to deal with.

Joseph has kidney disease. Eighteen years ago, he got his first kidney transplant, but that one failed after a decade. Then he got another transplant, which didn’t last as long. So two years ago, he started dialysis at the hospital in St. Thomas.

People like Joseph, whose lives depend on dialysis, are especially vulnerable during a hurricane. The machines that act as their artificial kidneys need reliable electricity and water to operate.

That’s part of why Joseph is one of 89 dialysis patients from St. Thomas who fled to Puerto Rico after Hurricane Irma, only to evacuate again — this time to Miami — because of Hurricane Maria.

Race Against The Clock

For now, Joseph and the other dialysis patients from St. Thomas are being housed at Florida International University.

“I know they would like to go back today,” says Michael Christensen, director of market development for the dialysis company, Fresenius Medical Care. “But we’re going to make the plans for the long term.”

Fresenius Medical Care runs dialysis centers and supplies clinics all over the world, including the one in St. Thomas. The company’s been handling logistics to make sure the St. Thomas evacuees in Miami receive treatment.

Relocating dialysis patients in an emergency is a race against the clock. Missed appointments with the artificial kidney can quickly cause fluid buildups and organ damage.

Dialysis is time-intensive; Patients generally have to sit for several hours a few times a week hooked up to the machines that clean their blood. Absorbing 89 new patients into existing clinics posed a challenge.

Fresenius had recently finished construction of a brand new clinic in Perrine, and was about to start the certification process through the Centers for Medicare & Medicaid Services.

“On average, it’ll take about 90 days after we notify them that we’re ready,” said Christensen. But with the group from St. Thomas on its way to Miami, government regulators worked to get the clinic operational in a matter of days.

Gardner said patients across Florida who evacuated for Hurricane Irma were sent to clinics elsewhere. The company hired fuel tankers to fill generators for its facilities and employees across the state.

Ahead of the storm, said Gardner, “the goal was to try to do as many treatments as possible that were going to be safe.”

DaVita operates a clinic in Key West, which is the only outpatient dialysis center in the Keys.

With Hurricane Irma, the clinic closed for nearly a week. It wasn’t damaged, and Gardner said the clinic was prepared to operate on generator power. But it couldn’t reopen until it had steady access to water — a problem for the southernmost key in the storm’s immediate aftermath.

“It’s really important for that water to be ultra pure,” said Gardner.

Dialysis is a procedure that relies on osmosis between a person’s blood and carefully titrated electrolyte fluids. Dialysis clinics have their own water filtration systems, but DaVita was waiting on a reliable municipal water supply.

The Key West dialysis clinic has since reopened and all of its patients have been accounted for.

“I think that Florida actually did a really good job of preparing for this storm,” said Savanna Lanza of the National Kidney Foundation of Florida. The organization gives out $15,000 every month to kidney patients in need of financial support. This month, they’ve increased the direct aid budget to at least $20,000 and plan to fund all Irma-related applications for assistance.

“We expect to get a lot of requests for food cards because of loss of power — also gas,” said Lanza.

In Miami, Alvin Joseph said he made it through the path of a hurricane and two evacuations without missing a treatment.

As glad as he is for that, he said he’s especially grateful to the volunteers who heard about the dialysis patients from St. Thomas and brought West Indian food to FIU.

“We had peas and rice, vegetables, king fish and stewed chicken,” said Joseph. “I’m not saying that the food that they feeding us isn’t well enough, but ain’t nothing like a home-cooked meal.”

St. Thomas continues to reel from the effects of Irma. Early reports indicate it could be months before the island’s only hospital is fully operational again.

It could be a while before Joseph can go home.