For Defense Against Active Shooters, University Hands Out Hockey Pucks 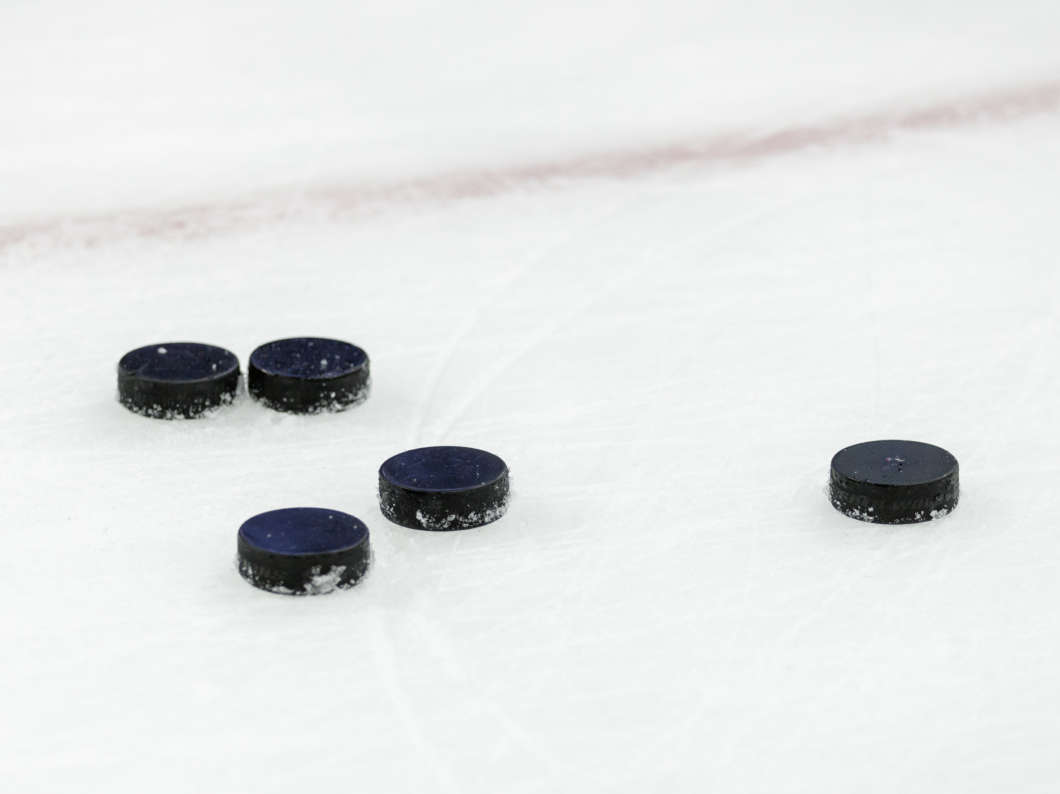 Hockey pucks on ice at Nationwide Arena in Columbus, Ohio.

Hockey pucks: They’re small and heavy and — one Michigan college thinks — may be the perfect weapon against an active shooter on campus.

Oakland University, a public school in Rochester Hills, near Detroit, is distributing thousands of 94-cent hockey pucks for just that reason.

The distribution, which began earlier this month, stemmed from a March faculty active-shooter training session, which followed February’s shooting at a Parkland, Fla., high school that left 17 dead.

A participant at the training asked Oakland University Police Chief Mark Gordon what items people could use to defend themselves on the campus, which has a no-weapons policy, the Detroit Free Press reports.

A hockey puck was a “spur-of-the-moment idea that seemed to have some merit to it, and it kind of caught on,” Gordon said.

The faculty union followed up on the idea, purchasing 2,500 hockey pucks: 800 for union members and 1,700 for students, the Free Press reports.

The school conducts active-shooter training sessions multiple times a year, teaching the “run, hide, fight” method, which emphasizes fleeing an active-shooter situation above all else, hiding if fleeing isn’t an option — and fighting if hiding isn’t, either.

Fighting, with a hockey puck or other means, should be “an absolute last strategy,” Gordon told the Free Press.

“If you threw [a hockey puck] at a gunman, it would probably cause some injury. It would be a distraction, if nothing else,” Gordon told WXYZ, a local ABC station.

The police chief also suggested that a group of students could “rush” an active shooter with their pucks, creating a distraction that would allow someone else to get their hands on the shooter’s weapon.

Not everyone on campus was on board with this vision.

“If I was to give you a puck, and I had a gun, would I be able to take you out?” senior Jacob Gora told WXYZ with a laugh. “Easily, yeah. I mean, a puck is not going to distract me or stop me from shooting someone.”

“I find it, at first, absurd,” echoed student Adam Kalajian. “If there’s an armed person coming in, why would you chuck a puck at them?”

The little black discs are meant for more than just self-defense, though.

They’re emblazoned with a number that donors can plug into the university’s online giving service, which directs any donated funds to the installation of interior locks on the university’s classroom doors.

Oakland University’s student newspaper, The Oakland Post, wrote in March that the school has locks “on the outside, not the inside” of classrooms.

The university’s community has been trying to raise money for locks since the Parkland shooting. Along with purchasing pucks, the faculty union reportedly donated $5,000 toward the locks.

“Over time and using our own resources, we will make this happen,” Scott Kunselman, chief operating officer at the university, said in October, according to The Oakland Press.