For A Winter Garden Man, The Pandemic Will Influence His Votes 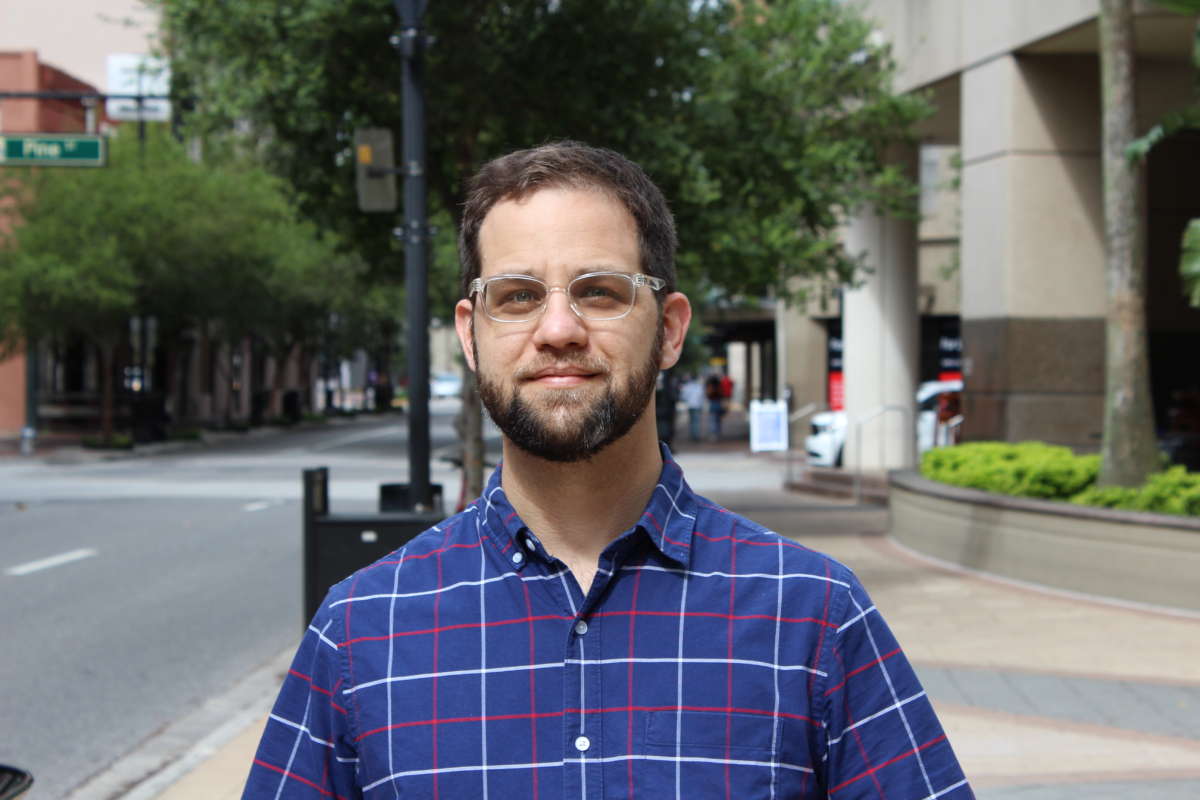 “Even our best politicians are very cynical. And even though they’re supposed to consider the needs of the whole community. They’re really only considering the needs of the people who vote.”

Voting for the 2020 election is underway, and all year, we’ve been amplifying the voices of voters across the crucial I-4 Corridor.

Over the next several weeks, you will be hearing from voters about the state of our democracy in their own words.

Today, we meet Michael Weinbaum of Winter Garden. He says the pandemic is influencing how he looks at government and voting.

“My kids are in Orange County Schools. And instead of forcing all the parents to do the same thing, they basically gave parents three options to pick from. So that was very accommodating. But at the state level, you hear that the governor tried to force all schools to open. That kind of inflexibility doesn’t give me a lot of confidence. We have one kid who’s over kindergarten age, and she’s in person, and she wears a mask the whole time, and her desk is separated from the other kids. And not all of her teachers are there, she has a teacher there. But she also has Zoom meetings with other teachers while she’s sitting in the classroom. And it’s obviously not ideal.”

“I also hope that a lot of the people who are in situations where they were kind of forced to work from home, but have found that working from home really works for them and for their businesses. That they’re able to stay in that situation if they want to. Personally, I’ve enjoyed it because I’ve been working from home and I’ve had to go back to the office more recently. But there’s just greatly reduced traffic. It really improved my quality of life. I would like to see people elected who care more about regulating growth so that traffic problems and overcrowded school problems and water problems aren’t as bad in the future. The economy is now kind of on pause anyway, and take this opportunity to kind of get it going again, but on a little more sustainable terms hopefully.”

“I’ve lived in Winter Garden now for seven years, it’s going to be eight years pretty soon. I don’t think I’ve ever had a contested race for Winter Garden City Council. I think there’s been a contested race for mayor once but the incumbent won in a landslide. This is a small little town and the people we have running it are mostly retired. So there’s just not a lot of people lining up to try to take those jobs and displace those people.”

“I know at the national level, we’re really constrained by excess partisanship so I just try to look for people who have a party label, of course, but they are trying to make independent decisions on their own. And even decisions that independents and the other party might support them on even a little bit. But it’s hard to find such people because they can talk one way when they’re trying to get in office and then just disappear and only do what the party tells them to do once they are in office.”

“Although I have to admit I’ve never really needed to vote, like my rights and my ability to get a livelihood never really been in question, I know that those could be in question at any time. I know that the fact that I voted is a matter of public record, and I like that the people who might be making decisions can see, ‘Oh, this guy votes and even though he’s not maybe angry right now, we should consider his feelings and his needs as we make a decision.’ Even our best politicians are very cynical. And even though they’re supposed to consider the needs of the whole community. They’re really only considering the needs of the people who vote.”

WUSF’s Dinorah Prevost produced this audio postcard as part of America Amplified, a national reporting initiative supported by the Corporation for Public Broadcasting.