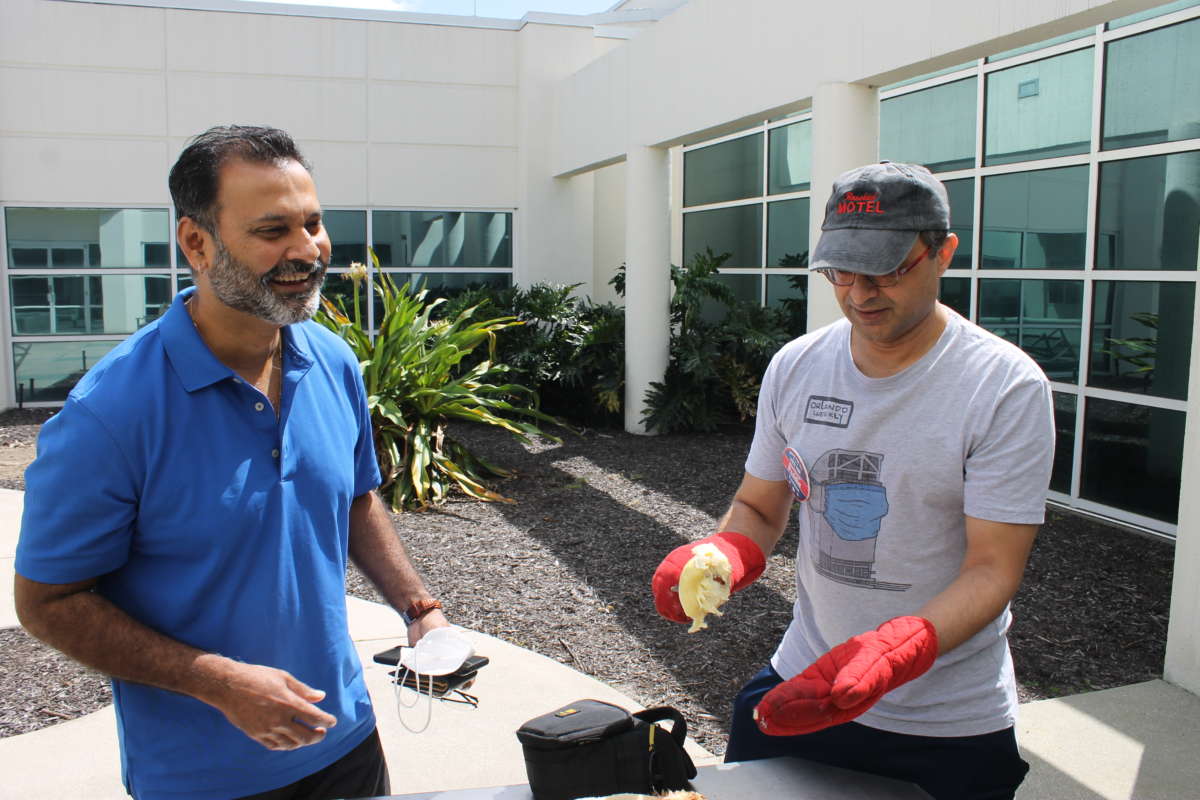 Some years ago, Central Florida was not necessarily seen as a culinary destination. But that’s changed in the last ten years.

Pulapaka says he sees a trend towards affordable food with global influences. “I feel like the diversity is increasing in some ways. But there’s also I think, a uniformity that’s happening. Food is kind of coming together in a broader highway, if that makes sense.”

Ellyn says there are still lingering impacts from the COVID-19 pandemic on the restaurant industry.

“I think one of the segments that we fail to really talk about is the catering and event space. I feel like that was one of the most hard hit scenes in our industry,” she says, adding that people in the industry rallied together to get through the pandemic.

“We could we could go on about how the pandemic has destroyed us, and I think what what we should be talking about is kind of the Phoenixes that rose from the ashes.”

“I’m seeing more and more that restaurants are opening up new concepts and multiple concepts because they understand that to really make a living you kind of need more revenue, and having just one location with 50 seats doesn’t quite cut it.”

“I, for one, want to start a durian trend,” says Kara, referring to the spiky, pungent, garlicky fruit that’s considered a delicacy if you can get past the odor.

“There’s all these tasting-only concepts that are opening up but, you know, I think a lot of these chefs need to incorporate the durian into their tasting menus. We want to see durian in cocktails- or mocktails.”

Ellyn says COVID has made diners more conscious of how they eat out.

“We want to go out and have an experience. And then when we go out, we want something special… something a little unique, that we can’t just create at home.”

Kara says he likes to celebrate the diversity on offer when he writes about Orlando restaurants.

“I think our scene is getting, at least over the past decade, increasingly diverse and that’s something I’m particularly proud of as an Orlando resident, just to see the the wealth of options.”

Ly says the restaurant and culinary scene here is constantly on the move.

“We talk about culture, right, and tradition, but that is always changing, transforming, mixing when we interact with others. And so that really, I mean, that’s kind of Orlando in a nutshell.”

Orlando fifty years ago, he says, was a different city altogether.

“But over the years, immigrants from all over the world have made Orlando their home and not just the world, but you know, America itself. And actually, right now, there’s huge migration coming in from all over the US as well. So I think it’ll continue to transform.”

Kara adds that about 20 years ago, “when people were asked to describe Orlando’s food scene, they would just immediately say, oh, it’s the chain capital of the world. But I don’t think we can say that anymore.”