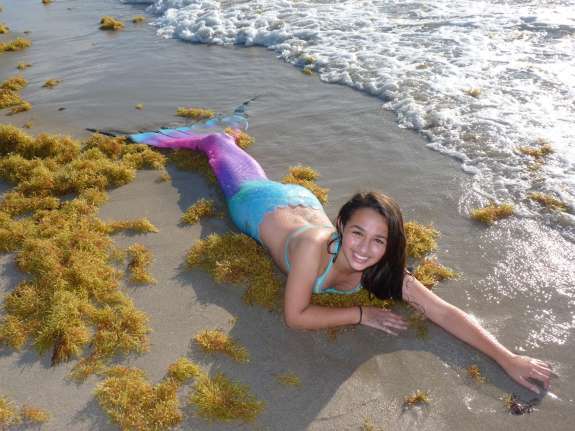 Megan cracks open the book, and begins reading to her daughter.

“I am Jazz,” she starts. “For as long as I can remember, my favorite color has been pink.”

That’s Megan, an Orlando mother reading a children’s book to her 5-year-old. We’re not giving Megan’s last name or the name of her daughter to protect the child’s identity.

Her daughter wears a green shirt with shiny rhinestones, a grey skirt and ballerina slippers.

She’s a little shy around the reporter until Jazz, in the book, says she’s not like her friends. Jazz has a girl brain and a boy body.

“I hate her that way,” the child says, pointing to the picture of Jazz in boy clothes. “I like her when she’s a girl.”

Megan’s five-year-old daughter is transgender; that means she was born with male anatomy.

It started at age two, when Megan’s child donned a tutu – and did so every day for next four to six weeks. That was three years ago, and then around Christmas:

“Very strongly started saying she, I’m a she. Big girl, that sort of thing,” Megan said. “So I went to the school and said, OK, after Christmas break, I would like everybody to be saying she.”

The Pre-K school has been very good with the pronoun change, but Megan worries about what’s next. In particular, she’s worried about where her daughter will use the restroom.

In elementary school, the classrooms all have single-stall rooms, so no issue. But in the upper grades, her daughter may have to use the faculty restroom, and Megan worries this will make her daughter stand out.

The Florida Senate will take up a bill today criminalizing using the wrong bathroom.

It’s the first hearing in the Senate and its companion bill in the House has drawn scores of transgender Floridians to Tallahassee to speak out against the Single Sex Bathroom Bill.

But the legislation wouldn’t just affect adults – it would reach down into public schools, where it could affect Megan’s daughter.

And Megan may be nervous with good reason. The book her daughter loves so much, I Am Jazz, was based on a real transgender girl. Before the legislation surfaced, Jazz told WLRN in Miami that going to the bathroom was a big problem.

“It was harder in elementary school because I wasn’t allowed to use the girls’ restroom,” Jazz said.

She had to go the bathroom at the nurse’s office instead – and that would bother her.

“So I would actually hold in my pants and end up peeing myself. But now that I’m in Middle School the staff is just incredible,” Jazz said.

Equality Florida’s Gina Duncan, herself a transgender woman, decried the single sex bathroom bill at a recent conference in Orlando.

“I think there’s two areas I see as the most lagging: School boards and the medical community,” Duncan said. “Both are very much behind.”

For example, Duncan has been counseling a female to male high school transgender student in Central Florida.

“We’ll call him Michael,” Duncan said. “Michael is a good-size, strapping young man, great goatee, wonderful heart. Michael is supposed to use the girls room. Even though Michael has this fabulous beard.”

In the latest hearing in the Florida House, supporters say the single sex bathroom bill is needed to close a public safety loophole.

This will keep criminals from using transgender status as a pretext to commit a crime.

During that two-hour hearing, though, there was no mention of how to accommodate transgender students in public schools.

Check below to listen to the entire interview with Jazz.