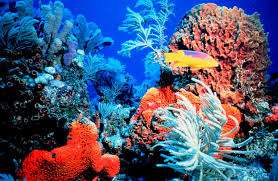 President Trump has signed an executive order that would open up areas off the West Coast and the Northeast to oil drilling. U.S. Senator Bill Nelson wants to make sure the state’s coastline is protected.

The executive order reverses an Obama-era ban on drilling. This doesn’t allow gas and oil drilling off Florida’s Gulf or Atlantic coastlines, but that isn’t sitting well with Florida U.S. Senator Bill Nelson. He’s filed legislation with 20 other Senators that would block any additional areas being opened to offshore drilling until 2022.

Nelson has been a long-time opponent of having oil rigs close to Florida’s shores. He said in a written statement, “Drilling near Florida’s coast poses a direct threat to Florida’s environment and multi-billion-dollar, tourism-driven economy.”

In 2006, Nelson and former Sen. Mel Martinez, a Republican, got a deal passed to ban drilling off Florida’s Gulf coast through 2022.  Nelson filed legislation earlier this year to extend the ban an additional five years.