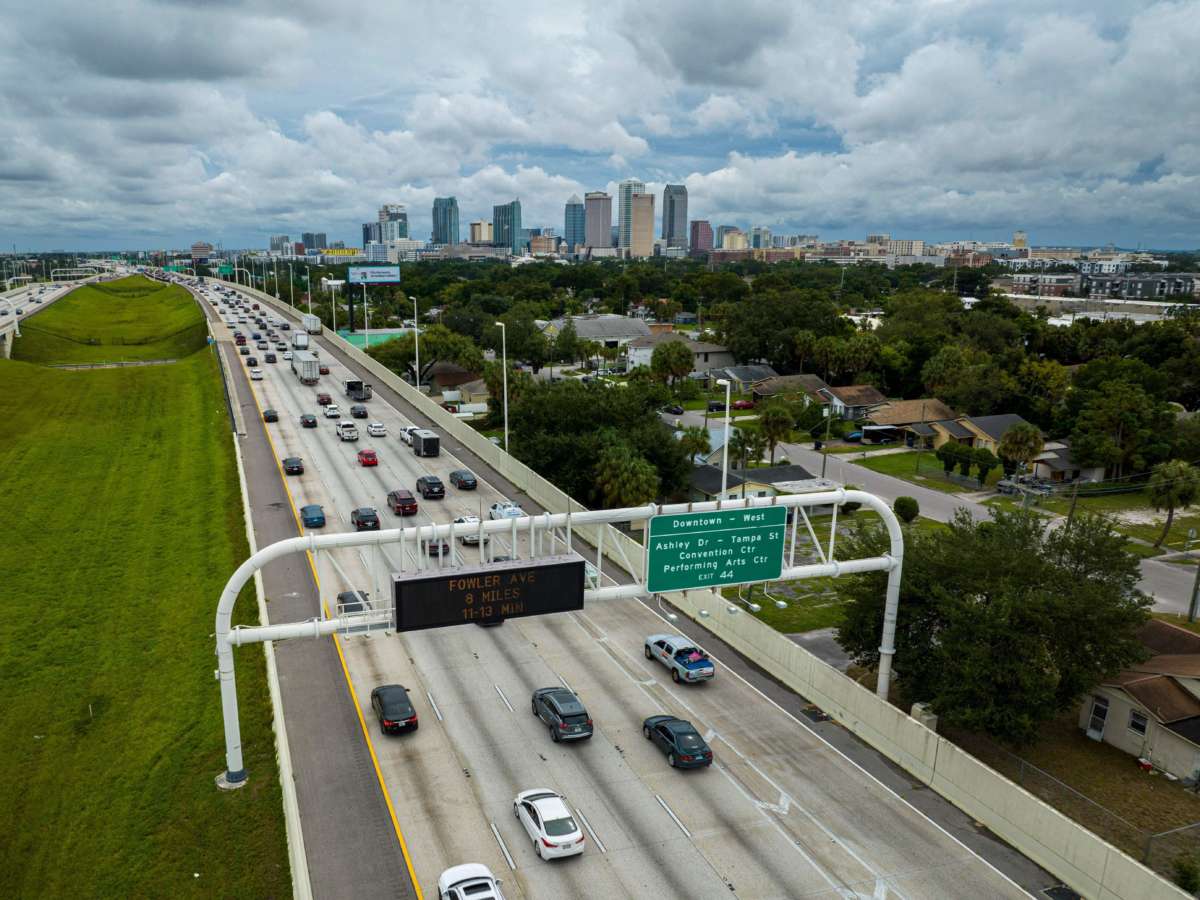 No state in the eastern U.S. has grown faster in recent years than Florida, which has added nearly 3 million residents since 2010.

Now, the state is yet again in the path of a major hurricane, with Hurricane Ian expected to make landfall on Florida’s western coast Wednesday. It is now classified as a Category 4 storm, according to the National Hurricane Center.

Tampa, Fort Myers and Sarasota – all among the state’s fastest growing metropolitan areas – are within the range of predicted paths, the NHC said. Ian may bring a “life threatening storm surge, catastrophic winds and flooding in the Florida peninsula,” the hurricane center said in it’s 5 a.m. ET update.

More people — and more buildings to house them, often in coastal areas — mean that a major hurricane could become more costly and destructive.

The population boom in hurricane-prone Florida is an example of the “expanding bullseye effect,” said Stephen Strader, a professor at Villanova University who studies how human environments are vulnerable to natural disasters.

Imagine an archer taking aim at a target, he explained. If the bullseye is very small, the odds of the archer hitting it are low. But as the target grows, the archer’s odds improve.

“Instead of an arrow, we have hazard events like hurricanes and tornadoes. Instead of having targets, we are the targets – our cities, our developed areas. And nowhere is that more readily seen than along our coastlines,” Strader said.

At a time when population growth has slowed to a crawl in most of the U.S., Florida has bucked the trend.

Of the country’s major metropolitan areas, only Austin and Raleigh have grown faster than Orlando since 2010. Jacksonville and Tampa are #10 and #12, respectively.

The state’s smaller cities are bursting, too. Since 2010, no eastern U.S. city with at least 50,000 residents has grown faster than Fort Myers, the seat of the largest metropolitan area between Tampa and the Everglades, which added nearly 40% more residents in that time. Other areas like Port St. Lucie, Lakeland and the Villages have grown quickly, too.

Most of the state’s recent population growth has come from domestic migration. In the year ending July 2021, nearly 221,000 Americans moved to Florida – an average of more than 600 people each day, more than any other state.

People move to Florida for all kinds of reasons: year-round warm weather, comparatively cheap housing, no individual income tax, and large communities of other retirees or immigrants, for example.

“People are able to look past the long-term risk and think about, ‘Where do I want to be for the next 10 years of my life?'” Strader said. “But there’s also a gambling aspect to that, and unfortunately, a lot of people are still willing to sit at the table.”

Officials have warned that Hurricane Ian could bring a storm surge of 10 feet or higher, along with 6 to 18 inches of rain. The geography of the Tampa-St. Petersburg area makes it especially susceptible to a storm surge, experts said, and heavy rain could cause flooding even in inland areas.

With so many more people living in the areas that could be affected, damage estimates are huge. Hurricanes are already the costliest natural disasters, and billion-dollar storms are happening more frequently than ever.

More than one million homes lay within potential reach of Hurricane Ian, according to one estimate released this week by CoreLogic, a property analytics firm. In the worst case scenario, the estimate found, the reconstruction value could total more than $258 billion.

The actual number is likely to be lower. And ever since 1992’s Hurricane Andrew, Florida’s building code has required new homes to be more resilient to storms.

Still, a Category 3 storm in such a populated area could cause more than $100 billion in damage, enough to place it among the four most costly storms in U.S. history.

“Hurricanes set the stage for disasters, but the severity and impact is going to be determined by societal elements – things like poverty and exposure, like how many people and how many homes are exposed, like construction quality,” Strader said.

Newcomers need to learn that hurricanes are “a part of living in Florida,” said St. Petersburg Mayor Ken Welch.

“Folks who come to our state need to understand that when a storm like this comes, and you’re in an evac area, you need to have a plan and you need to move when asked to,” Welch said in an interview with NPR.

The influx of newcomers means public communication about evacuation and shelters is vitally important, said Eren Erman Ozguven, the director of the Resilient Infrastructure and Disaster Response Center at Florida State University and Florida A&M University.

“There are Floridians that have seen so many hurricanes over the last decades and who have muscle memory, and there are those that moved to Florida in the last decade. Many of them haven’t seen a hurricane,” he said.

Adding to the challenge is that many of the newcomers are retirees. “They may or may not have a smartphone, and they may still rely on traditional communication such as radio or TV,” Ozguven said.

The last major hurricane to hit western Florida was in 2017, when Hurricane Irma thrashed the eastern part of the Fort Myers-Cape Coral metro area; tens of thousands of people have moved to the area since then. In Tampa, no hurricane has hit the city directly in decades.