Intersection: Florida’s Natural Environment And The Challenge Of A Growing Population 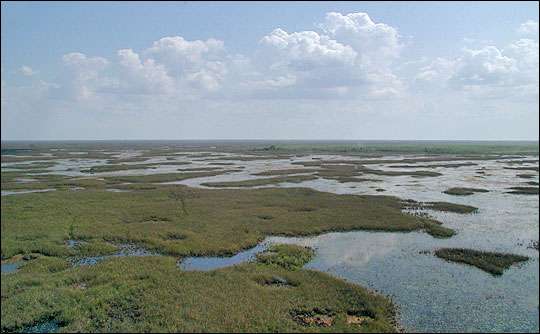 Most of Florida’s wetlands have been drained and converted into croplands in the past 100 years. Photo: Deb Willard, USGS

For the first time in 20 years, Florida wildlife officials are issuing permits to hunt bears. The hunt, which starts in October, is part of a plan to manage the growing black bear population.

But environmentalists say it’s a bad idea, and a lawsuit was filed last week to stop the hunt. Even some hunters say there are some aspects of the hunt that should be changed. Chuck O’Neal from the League of Women Voters of Florida and Brad McNaughton, president of the Central Florida Bear Hunters Association join us to discuss the upcoming black bear season.

Also, development is changing Florida’s wetlands. Tampa Bay times environmental reporter Craig Pittman joins the program to talk about the impact of surging population growth and urban sprawl and the national and state policies aimed at preserving the state’s wetlands. Then 90.7’s Amy Green explains how the owners of the Deseret Ranches near Orlando are making plans for a big development on that ranch land.

And later in the program, University of Central Florida professor of Biology Linda Walters talks about the effort to filter the Indian River lagoon naturally – using oysters.