Florida’s I-4 Corridor: Polk County Has History With Both Parties 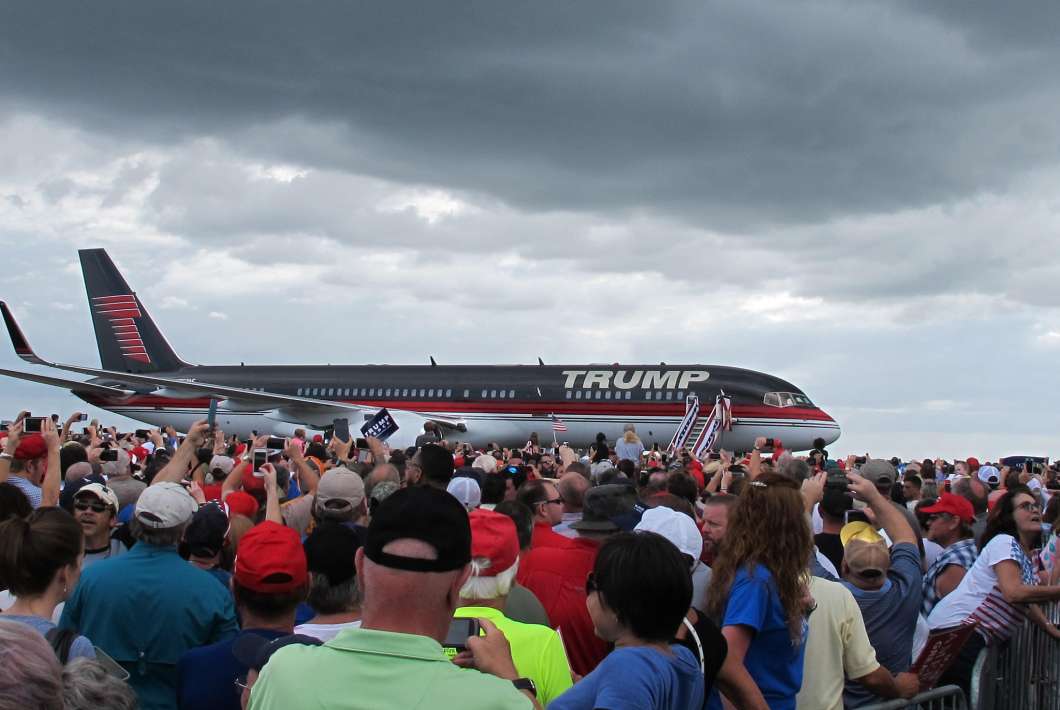 Trump touches down for a rally in Lakeland./Photo: WUSF

Presidential candidate Donald Trump got an enthusiastic reception when he campaigned in Lakeland recently. He probably noticed that Polk County, to coin a phrase, is really “huge”. It’s about the size of Delaware. And for the past 20 years, the Republican Party has dominated the political scene there.

One of the politicians stumping at the Trump rally in Lakeland was native son Dennis Ross, U.S. congressman for the 15th district, which includes the western part of Polk County.

“It is so good to be back home in Lakeland, a place where my wife and I were born and raised, and I was elected six years ago to the United States Congress to make change,” said Ross. “And I’ll be damned if I’m going to concede this White House to the Democratic Party.”

Ross played to the crowd, touching on some popular Polk County activities to show he knew his audience and warning of a Supreme Court under a Clinton presidency.

“Those of us who are law abiding, card carryin’, concealed weapon gun owners, hunters, sportsmen, fishermen, all of us who enjoy the great outdoors, will now have a liberal court to erode and eviscerate the second amendment like we’ve never seen,” said Ross.

Polk County Still Largely Driven By Agriculture
There are plenty of opportunities for hunting and fishing in Polk, and a lot of land in the county is still devoted to agriculture and citrus. Phosphate mining has been a major industry here for generations.

It’s not a wealthy county. The median income is several thousand dollars lower than the state average, while the poverty rate is several points higher.

The Democratic Side Of Polk County
Parts of Polk are represented in Congress by Republican Dennis Ross and in the state legislature by conservative Republicans like Sen. Kelli Stargel and Rep. Neil Combee. But until the mid-90s, Polk was a Democratic Party bastion.

Bill Rufty was political editor at the local paper for 30 years. He remembers when the Democratic Party controlled Polk County for more than a century. Polk sent three Democratic governors to Tallahassee. But the next likely candidate from Polk County, Agriculture Commissioner Adam Putnam, is a Republican.

Democrats didn’t know how to operate as the minority party, said Rufty, and couldn’t get their act together. “They were resting on their laurels, plus the fact that there was no control over who might run,” he said.

Lately though, Rufty said the Democrats are starting to run better candidates, and they’re starting to get organized. “And I think organization is just as important as ideology,” he said.

Also helping the Democrats in Polk is the influx of Puerto Ricans into Osceola County, which is spilling into eastern Polk County as well. There are actually more registered Democrats than Republicans on the voter rolls.

But he thinks it will be close. And there may be enough Democratic votes in Polk County to help swing the I-4 corridor, and thus swing the state.