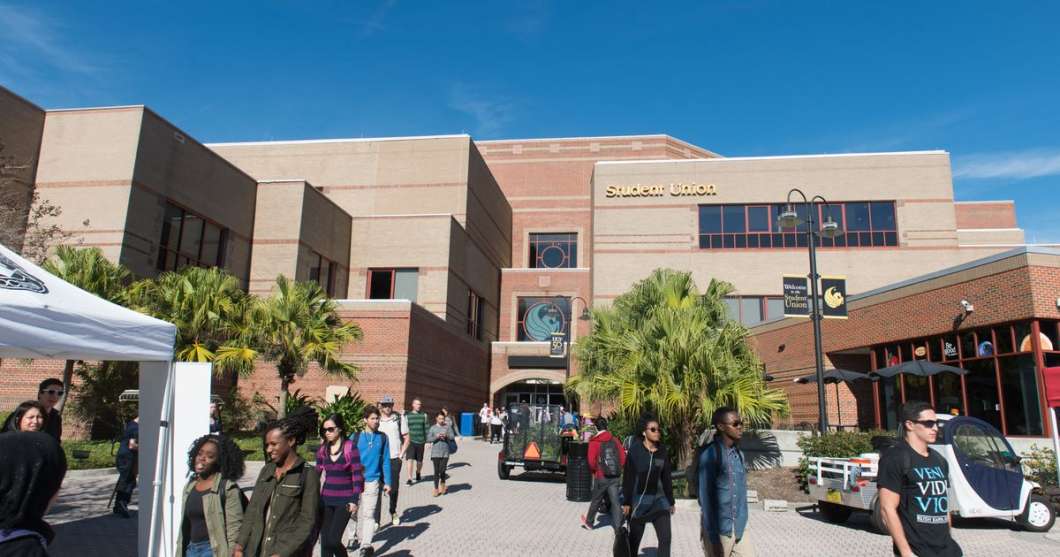 Students at University of Central Florida campus have to abide by the school's anti-harassment and anti-bullying policies, enforced by administrative bias and discrimination incidents reponse teams.

Orange County is a democratic strong hold – but it wasn’t always that way. As the county got younger and younger, the area became more blue.

Back in the 1980s, Orange county was a Republican stronghold – voters overwhelmingly chose Ronald Reagan in those elections. But in the next two-decades, that margin started to slim.

By the year 2000, the county went blue by two percentage points – choosing Al Gore in that presidential election. Since then, the margin of democrats and republicans continues to widen every four years, and USF Political Scientists Susan MacManus has watched the county turn dark blue.

“It’s because it’s an urban area that is very attractive, very diverse, younger, large LGBT population there. People moving there from other places,” says MacManus

The population continues to get younger and younger in Orange County – and more and more diverse. There’s no better way to see that than by looking at the University of Central Florida.

UCF is now the second largest college in the country – and many of its students are first time voters in the county. So what do they make of this election so far?

“Well, it’s been hilarious in the most terrifying way,” says Annie Allred. She’s 19 years old, a political science student and first-time voter. She’s supporting democratic nominee Hillary Clinton.  “You know I really want a woman president. I want that for girls younger than me so that they don’t have to grow up thinking ‘Wow, being president is a guy’s job.’”

Before Hillary received the nomination, this was Bernie territory. The progressive Senator took young voters by storm – drawing college students to rallies by the hundreds.

Devi Mody, another 19-year-old first time voter, was a Bernie Sanders supporter. “But it’s not up in to the point where I’m going to say ‘it’s Bernie or bust, if he doesn’t get elected nobody will,” she said.

To Mody, there’s not one issue that’s drawing her towards Clinton – it’s her experience compared to Donald Trump. And Clinton has clearly outlined her plan for the presidency if she wins. “Trump,” says Mody, “I’m not even sure what he believes in ‘cause he keeps changing his story every day.”

For Michael Desmond, it’s the Democratic Party’s ideals that are garnering his support.

“I’m gay,” says Desmond, “so coming from a conservative family I was kinda pushed away from the whole conservative side. It was the democratic party that essentially supporting gay rights and the progress for LGBT quality for America. And the republicans really aren’t.”

Young voters are overwhelming Democratic according to Gallup Polls. But, there are young voters like Yeshua Colon, backing GOP nominee Donald Trump. “He’s a change candidate. People have been throwing around that word. Hillary Clinton would be more of the same and I don’t really want more of the same.”

Historically, these voters have the lowest turnout when Election Day rolls around. So if either candidates wants the coveted 29 electoral votes in the swing state – they’ll have to focus on the youngest voters and convince them to head to the polls.