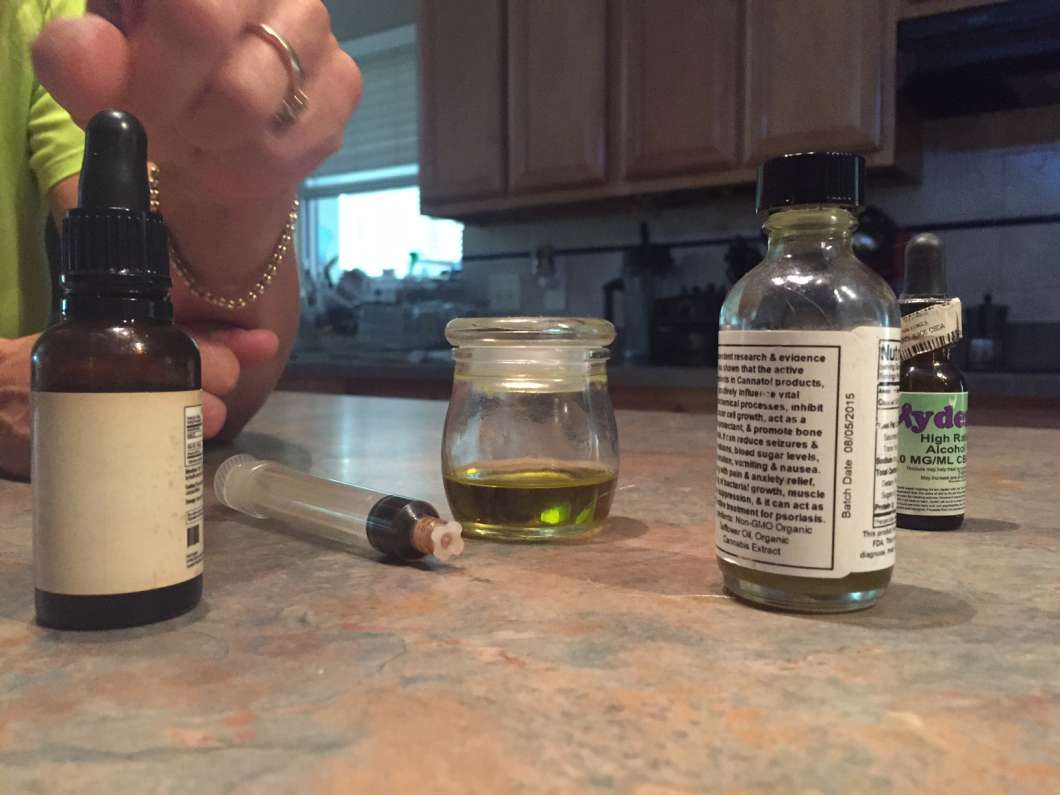 File photo: This collection of medical marijuana is illegal in Florida. The state begins working on new rules to implement Florida's Amendment 2.

There’s a lot of confusion in Florida when it comes to medical marijuana – but new guidance is coming.

There are existing laws, Amendment 2 that was passed by voters but still needs to go through the legislature, and somewhere in between, the Florida Department of Health is issuing rules. And meanwhile, patients and doctors are figuring it out as they go along.

Take Dayana Aguilar, 22, who has had seizures since she was a child. Sometimes with dire consequences.

Four months ago, the Hialeah resident was boiling potatoes and had a seizure. The pan fell on top of her.

“And I was burned almost half of my leg and half of my arm,” Aguilar said.

She lacks health insurance, so her treatment options for the epilepsy are limited. She does resort at times to smoking marijuana, illegally.

On Jan. 3, the day Amendment 2 became effective, Aguilar started looking for a doctor to legally recommend marijuana. Amendment 2 would make full-strength medical marijuana available for 10 conditions, like HIV, Multiple Sclerosis, cancer, and seizures like the one Aguilar gets.

But getting legal cannabis in Florida is not that simple. Once voters passed Amendment 2, it left the Florida Legislature to hash out the details. The legislature meets in March, and face a September deadline. In the meantime, the Florida Department of Health issued draft rules for doctors and patients to follow.

And the health department will be holding a series of public hearings across the state starting Monday, and including a meeting in Orlando Wednesday.

“I was surprised when the draft rule came out and not particularly thrilled with the content of the draft rule,” said Ben Pollara, one of Amendment 2’s architects.

The short version of the new rules? The Department of Health has added the Amendment 2 conditions into the existing medical marijuana laws. Florida already allows marijuana that doesn’t get you high to treat conditions like epilepsy, and full-strength marijuana for the terminally ill.

But doing this is a little bit like a square peg going into a round hole.

Pollara’s big issue? How the state is handling the other conditions not directly outlined in the law. The Department of Health wants to give the Florida Board of Medicine the authority to decide what those conditions may be. Pollara said that’s a huge problem.

“It is clearly defined and requires no further definition,” Pollara said. “It is patently up to the physicians, and that’s what we intended when we wrote it.”

The law has big implications for doctors as well. Dr. Joseph Rosado, a primary care doctor who’s opened up a separate medical marijuana practice in Orange County, said in the past few weeks, he’s started seeing patients who would qualify under the new rules. He’s gone from seeing five medical marijuana patients a day, max, to treating 10 to 15 in a single work day.

Rosado plans to lobby the Department of Health against what’s called the 90 day rule. That requires a doctor to have a patient under their care for 90 full days before they can recommend medical marijuana.

He says that’s too long a wait for some.

“Particularly for an individual who is terminally ill,” Rosado said. “I’ve had thus far 12 individuals not make the 90 days because, you know, the disease overtook them and they passed away.”

Doctors, patients and even currently licensed growers are likely to be among those showing up at public hearings across the state. To make matters even muddier, some dispensaries are already providing medical marijuana for conditions listed in Amendment 2, before the rule is finalized.

“Yeah, I’ve spoke to many of them, seen the medications, taken pictures of it,” said Roundtree, who runs FloridaMarijuana.Net. “Nobody is having any issues getting people to recommend under Amendment 2.”

Roundtree said he plans to testify, and wants the regulations loosened.

“Because the only way these companies are gonna bring the prices down is through competition,” Roundtree said. “They can’t justify the cost at $100 a gram. That’s almost $3,000 an ounce. We’re talking about a plant that’s twice as much as gold.”

The Florida Department of Health will hold five meetings around the state this week: